Player of the Game: Finding Reasons to be Thankful 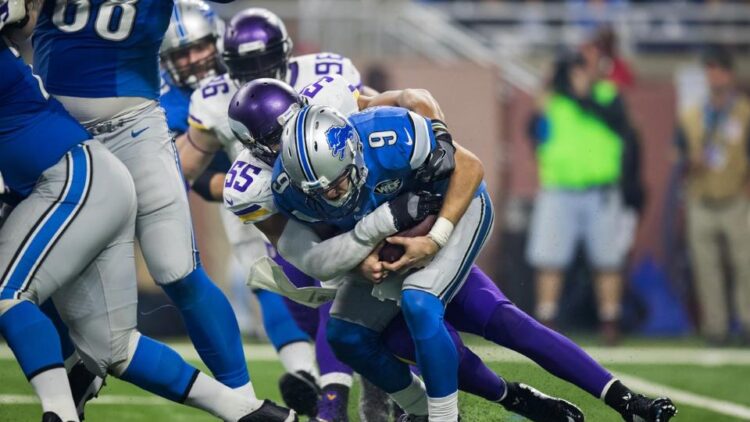 Thanksgiving dinner came and went in an instant. The fridge is empty, the leftovers are gone, and suddenly, the Christmas rush is upon us. Life moves quickly, and even more so for the Minnesota Vikings.

Last week’s crushing loss to the Detroit Lions is all but a memory as the Vikings prepare for another pivotal NFC showdown. This time, they’ll host the league’s best team in the Dallas Cowboys. Thursday night’s game marks the dawn of December, and more importantly, a chance for the Vikings to close the door on last month’s failures.

As we reflect, we have an opportunity to look back and find reasons to be thankful. Even though the Vikings feel even further behind the Lions, a few names stood above the rest as impact players. But first, a look back at previous Players of the Week:

Who are you picking this week?

Yes, he threw THAT late interception, but Bradford’s carried an anemic offense for weeks. Much will be made of his all-time low yards-per-attempt number in Detroit, but Bradford is operating in a scheme that places a premium on the passing game. The Vikings cannot run the ball, meaning Bradford’s short throws and intermediate completions are, in a way, replacements for Jerick McKinnon’s three or four-yard carries.

Minnesota didn’t challenge the Lions through the air, but any quarterback who completes 83 percent of his passes deserves some recognition.

Locke’s having the best season of his young career, and his strong play continued in Minnesota’s latest loss. He followed up his 72-yard punt against the Cardinals with a 57-yarder in Detroit, bringing his season average to 44.5 yards per punt. That’s the highest average of Locke’s career and a big reason why the Vikings rank second in opponents’ average starting field position.

As Sam noted last week, Barr looked like the Barr of old in Detroit. He was quick to react, decisive against the run, and active as a pass defender. Mike Zimmer’s defense needs Barr to make an impact each week, and on Thursday, he showed signs of returning to his elite, 2015 form. Barr’s lone sack of the day was a major highlight for a player who’s disappeared from the team’s weekly highlight reels.