Week Two Player of the Game: Cast Your Vote Now! 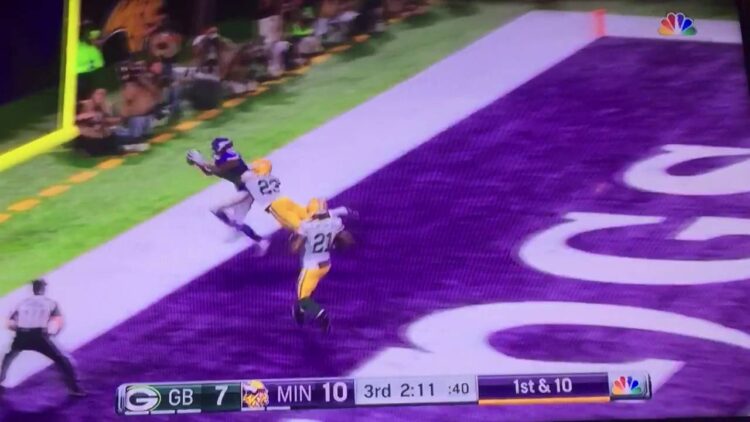 Vote On Our Week Two Player Of The Game Award Below!

People can say it was just one game and they’d be right. Considering the circumstances surrounding this game, however, it may be deserving of its very own chapter in the official franchise history book. New stadium. New quarterback. Worst enemy. It was glorious.

The penalties, and the offensive line playing offensively, are some detractors in this game. There were plenty of positives, however, and ultimately the Vikings came out on top.

Last week, you all awarded the “Player of the Game” honors to Eric Kendricks. This week, there is a new crop to choose from and I invite all of you to help us make our decision for this week’s top nod.

Here are the nominees:

Calm down, everybody. Adam Patrick is one voice here at Vikings Territory where we pride ourselves on presenting many. And the words “if” and “may” in his inflammatory sentence from his recap should be included in your interpretation of it. Nobody is kicking Teddy Bridgewater to the curb here at Vikings Territory and, of course, we all hope he makes a speedy recovery and gets back on the track of having the Hall of Fame career we all know he’s destined for. Nobody here is denying him his purpose.

With that being said, the pleasant surprise that was Sam Bradford’s performance on Sunday night cannot be overlooked. Under siege and playing with some sort of sea creature growing out of his left hand, Bradford was nothing short of spectacular.

He completed 22 of his 31 passes for 286 yards. He threw for two touchdowns. He posted a 121.2 quarterback rating. The Vikings knew they couldn’t rely on their scoring defense for a repeat of Week One and would have to move the chains, would have to put points on the board, and Bradford was able to do that job. He took the “no turnovers” performance that Shaun Hill put out there in Week One, but added more aggression and spark to an offense that desperately needed it.

Don’t look now, but the Vikings have the NFL’s leading wide receiver in Stefon Diggs!

Diggs caught nine passes for 182 yards and a score. His ability to catch the ball, immediately defy everything I ever learned in physics by changing direction faster than my eyes can, and then pick up yards after the catch is uncanny. He is looking like a truly special player that can get open and be successful regardless of which quarterback is tossing it to him.

One stupid penalty aside, Diggs had the special type of performance that Vikings fans have been dreaming about out of a wide out for years now.

Credit needs to be given where credit is due, and punter Jeff Locke did his job very well on Sunday night, and impacted this game more than he’ll ever get credit for in the recaps and highlight reels.

Locke was able to consistently give Aaron Rodgers and the Packers a long field throughout the game. He only average 39 yards per punt, but five of his seven were placed inside the Packers 20 yard line.

Our defense is stout, no doubt, but they received a major assist from Locke and the coverage team persisting in pinning the opponent deep. In a low-scoring game that was decided by three points, the importance of field position is difficult to overstate.

It is really difficult to pick out any specific player from the front seven that played any better than the other. They all played really well. Linval was a beast. Robison perhaps changed the outcome of the game with his forced fumble. Griffen pestered Aaron Rodgers. The linebackers all played pretty well.

I decided, however, to single out Tom Johnson simply because I love it when Aaron Rodgers gets hit and nobody hit Rodgers more than him. Johnson was disruptive in the middle, hitting Rodgers a team-leading four times, one of which was a sack. He ended the day with only two tackles, but Rodgers was seldom looking fully comfortable in the pocket, and that disruption was a major reason for it.

Up and down day, no doubt about it… but despite all of the picking on Trae Waynes that took place, it was he that got the last laugh. A second half in which he was way too grabby, ended with him grabbing an interception at exactly the right time to essentially end any talk of a heartbreaking loss at the hands of Aaron Rodgers.

Waynes ended up notching a stat line that consisted of that interception and four tackles. He drew some tough assignments in his third career start, again filling in for Xavier Rhodes, and didn’t exactly make things easy on the opponent. The hope is that this is all just one big learning experience for the young defensive back, and that the good things we say Sunday Night will show up with more consistency down the road.

Regardless, Waynes made the play that made cheeseheads curdle late last night… and for that, we tip our hat to him.

Of course there are plenty more individual performances worthy of accolades! Anthony Barr, Harrison Smith, Kyle Rudolph, Adam Thielen. Pretty much everyone in the defensive front. I always think I do a decent job of narrowing it down to the guys that will get a majority of the votes, but if you think I overlooked the true MVP of last night’s win then please do select “OTHER” in the poll below and let us know who gets your vote via the comments section.