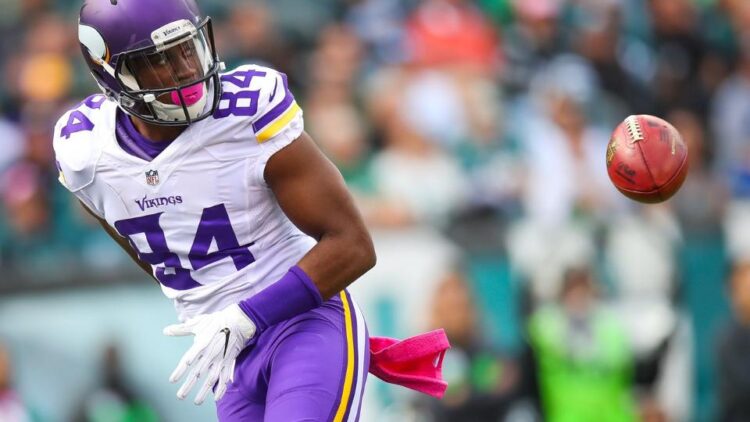 This Vikings Territory tradition is among my absolute favorites, but the process of awarding a “Player of the Game” following an excruciatingly lame loss like this is always less fun. It is simply less meaningful, too. However, there are always a bright spot or two worth highlighting, and considering the positives can serve as a bit of therapy during the grieving period.

Here are the winners so far this season:

Week six was a bye, so that leaves the Vikings with a 5-1 record after their 21-10 loss in Philadelphia. I had a bit of a bye week myself (in case you didn’t notice my absence) and want to take a quick second to thank Dianna and Sam at U.S. Bank Stadium for helping my family and I make some Vikings memories during the off week.

Thanks for the excellent tour today, @usbankstadium … Great time!#SKOLpic.twitter.com/C3LnKAl5VA

Okay, onto the nominees:

Patterson continued his campaign to be named an All-Pro special teams ace on Sunday with some nifty coverage unit work, but he also emerged as the Vikings most productive pass catcher. He caught all seven of his targets for 67 yards and a late (too late) score. He didn’t return a kick in this game, and Norv Turner didn’t feel it necessary to use him as a runner for some reason, but Patterson continued to shine and showed determination that will hopefully rub off on some of his fellow teammates.

He couldn’t pound it in from the two, and he whiffed in protection a couple of times, but Asiata was a productive member of an offense that lacked much… well… production. With Jerick McKinnon hobbled, Asiata was the main contributor to the run game with 12 carries for 55 yards (4.6 yard average). He also caught six of his eight targets for an additional 25 yards on the day.

With windy conditions setting up some crazy special teams play, Jeff Locke was strangely one of the few parts of Sunday’s game that didn’t go horribly awry for the Vikings. He punted four times, placing two inside the 20 yard line, and posted a respectable 45.3 yard average. Most importantly, the Eagles returned zero of his punts.

The Vikings defense didn’t exactly play horribly. The Eagles posted 21 points, but a special teams score skews that output a bit. However, this was not the dominating performance we are used to seeing of the team, and the front seven generated an astonishingly impotent pass rush. Rhodes was probably the most disruptive defender of the bunch (feel free to argue that in the comments) with no Eagles receiver gaining more than 40 yards and an interception to his name. He added four tackles, one of which was for a loss.

I don’t know, you guys… This one is tough. Feel free to click “OTHER” in the poll and tell me who your vote is for in the comments section.