Week Thirteen Player Of The Game: Was There One? 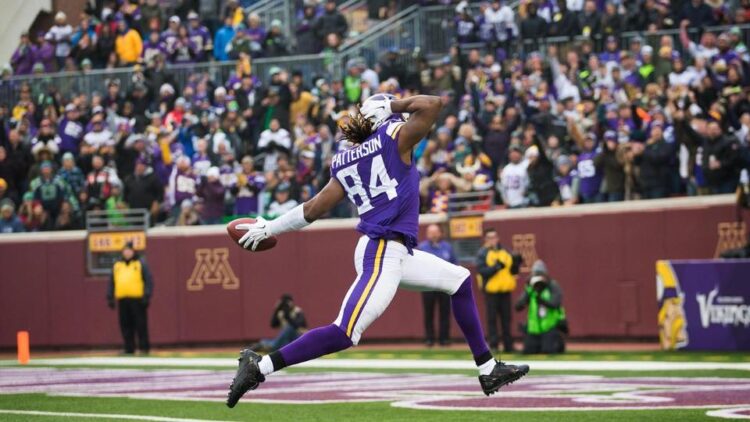 I love this in-season weekly segment. It provides the readers of Vikings Territory a chance to weigh in on a weekly basis and cast a vote for their favorite individual performance for each game. Even after a loss, even a lopsided loss, it can provide an opportunity to focus on something positive if even for just a quick minute.

This heralded (by me) award is a fun way to review the season as it progresses, and even long after it has concluded, to remember which players brought their A-Game on a consistent basis. In fact, here is where we stand as of today with Anthony Barr topping the charts last week:

I’m going to be honest… for the first time ever, I considered not doing this post at all because there were is so little material to work with following the 38-7 home loss at the hands of the Seattle Seahawks. But, no, I won’t have it. I’ve come up with a first (and hopefully last) solution to the conundrum, however, and you’ll see what that is by viewing the nominations.

The wily veteran quietly had a productive game amidst all of the misery unfolding around him. Robison had three tackles, one for a loss, and two sacks on the day. The Vikings defense struggled to contain quarterback Russell Wilson (nine rushes for 51 yards) throughout the game, but these eyes never noticed that being a particular fault of Robison’s this time around.

Floyd was playing out of position for much of the afternoon, with Linval Joseph sidelined with injury, but he did an admirable job. Running back Thomas Rawls had a nice day (101 yards), but Floyd was a consistent force in the middle stopping the run. He was second on the team with seven tackles.

Patterson had five kick return chances mainly because the Seahawks were able to score at will against the wounded Vikings defense. He was also able to convert one of those chances into his team’s lone scoring action of the day following a 101 yard return late in the third quarter in which he showed some nice moves and some of that signature speed. Patterson’s decision to high-step into the endzone, despite the four touchdown deficit his team faced, was met with mixed reviews, however. All said and done, Patterson turned those five returns into 198 yards (39.6 yard average).

I don’t know who else you’d pick. Maybe you liked how Mike Wallace or Stefon Diggs or Jarius Wright hauled in their two passes each? Antone Exum Jr. created the defense’s lone turnover of the day. Robert Blanton led the team with nine tackles. Marcus Sherels did a decent job on his two punt returns. As always, feel free to click “OTHER” and cast your write-in vote via the comments section below.

I’ve never once offered this as an option, at least as far as I can recall, but desperate times call for desperate measures. If you can’t stomach voting for any Vikings players this week, trust me, I get it. I have a sad feeling that “None” might just end up winning this thing in a landslide.