Week Twelve Player Of The Game: Cast Your Vote! 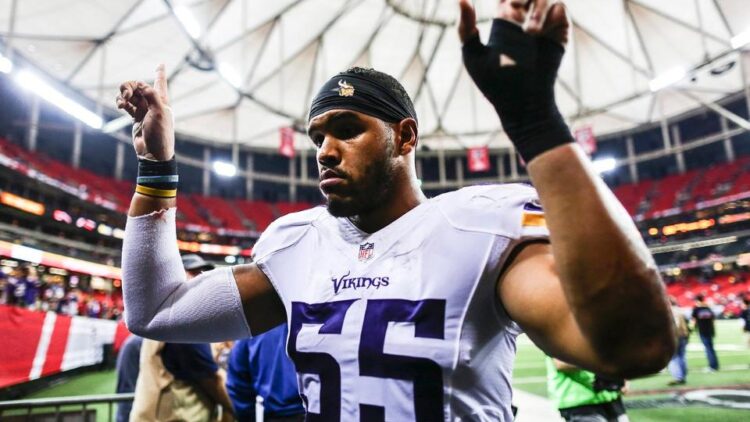 Some critics of the Minnesota Vikings were quick to point out the “strength of schedule” that they faced early on in 2015 as a reason for their success. The convincing 20-10 victory against the Atlanta Falcons, however, is a good start to quieting that crowd one week after the Vikings suffered their worst loss of the year at the hands of the Green Bay Packers.

This week featured numerous solid performances across the roster, but this will be the shortest list of nominations for our heralded (by me) weekly award. I’ll get to that in a second, but first we should review the 2015 winners thus far:

This week’s nominations feature only two guys. You can click “OTHER” if you like, and cast your vote via the comments section, but if you think someone outside of these two guys deserves the game ball this week then you are simply overthinking things.

Adrian Peterson walked into Atlanta prepared to face the NFL’s top run defense. He walked out of Atlanta as the league’s top rusher and dropped the Falcons all the way to the nine spot on the rushing defense rankings. He amassed 158 yards on 29 carries, a 5.4 yard per carry average, wearing down that Atlanta Falcons defense with every carry. Outside of a clunker of a dropped pass, none of Peterson detractors appeared on Sunday, as he held up well enough in pass protection and kept himself from turning the ball over. He scored both of Minnesota’s touchdowns for the day, including a beautiful 35 yard nail-in-the-coffin dash to put the game away late in the fourth quarter. Peterson added two catches for 29 yards to his already impressive day.

The Vikings won the turnover battle against Atlanta, a point of emphasis after the Green Bay loss, and a huge part of that were Anthony Barr’s two forced fumbles. The first came early in the game after Falcons running back Tevin Coleman sprinted for 46 yards, but Barr made the ultimate hustle play when he snuck up behind Coleman and punched the ball out to prevent points from going on the board. The second came late in the game, just prior to Peterson’s long touchdown run, when Barr stripped quarterback Matt Ryan on fourth down to effectively end Atlanta’s hopes of a comeback. Technically, Atlanta recovered that second fumble for themselves, but the turnover on downs was every bit as effective as a Vikings recovery. Even outside of those splash plays, Barr was just generally a roaming monster all afternoon, and he put together an eight tackle outing (one for a loss) and added a pass deflection to his stat line.

OTHER: I know, I know… there are other guys worthy of notice for the job they did on Sunday. Still, Peterson and Barr stand alone on that top shelf in terms of being dominant game-changers. If you disagree with that statement, go ahead and click “OTHER” and cast your vote via the comments section below.