Week Ten Player Of The Game: Cast Your Vote! 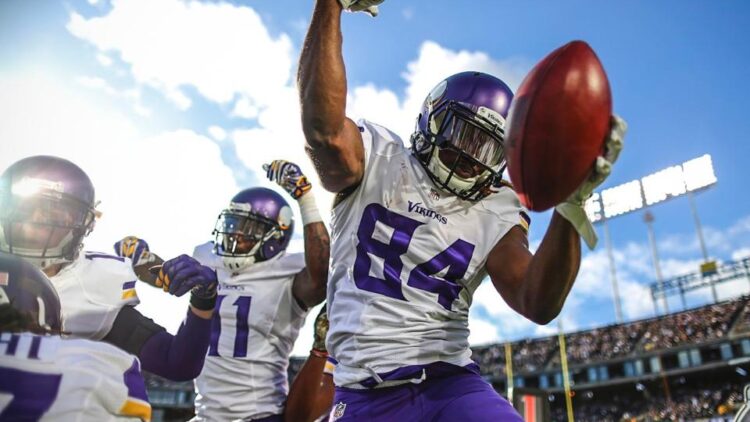 The 30-14 final score in Oakland isn’t exactly a fair representation of how the game was played, as the Vikings didn’t get any meaningful separation in the box score until very late in the fourth quarter.

Still, the defense continues to keep opponents from scoring unmanageable amounts of points, while the offense remains just productive enough to come away with the wins. Oh, and this week, special teams got in on the action, too.

It is now that time of week where we rely on you, the informed voters, to decide which Vikings player gets the heralded (by me) honor of winning our Player of the Week award.

Now, this week’s nominations are…

If the star running back didn’t have enough to prove heading into the 2015 season, he certainly had his fair share of doubters after a few performances (aided by poor O-line play) left him being labeled as “hesitant” and as a “dancer.” Peterson took a strong Oakland rush defense to task on Sunday, however, ending the day with 203 yards on 26 carries. That is a 7.8 yard per carry average for those of you keeping tack at home, which was aided greatly by his 80 yard nail-in-the-coffin touchdown with at the two minute warning. Peterson was the highlight on offense this week and is currently leading the NFL in rushing yards (961) by wide margin of over 200 yards. Peterson also totaled 13 yards on two catches.

The stat line of Rhett Ellison isn’t going to blow anyone away, but he was an essential ingredient for the Vikings on Sunday, especially during that beautifully scripted first drive where his blocking prowess was outdone only by his 11 yard touchdown catch. Ellison was only targeted one other time on Sunday, adding another catch for seven yards, but he is one of the many components being used to make this offensive line look a little better than they actually are.

If “The Anvil” wins again this week, he will tie Stefon Diggs with three of our weekly honors being bestowed upon him. Joseph continued his dominance in the middle of Mike Zimmer’s defensive line with an exclamation point coming when he pancaked Derek Carr in a cleanup sack that probably should have been credits to Danielle Hunter. Joseph ended the day tied with a team leading eight tackles and another dangerous runner has been stifled in Latavious Murray. Murray only gained 48 yards on his 12 carries for the day.

According to Pro Football Focus, Terence Newman only gave up 21 yards on three catches against Oakland. He was targeted ten times, meaning he intercepted 20% of everything thrown his was on Sunday. His two interceptions yielded 10 points from the offense in total, but his endzone interception in the fourth quarter was a game-changing play that allowed the Vikings to crush any hope Oakland might have had late in the game. He had a whopping five passes defended, nearly coming up with a third interception, and added four tackles on his big day.

Patterson was caught on television jawing at some Oakland fans prior to the opening kickoff. After that kick sailed well over his head, he left those fans with some final words, and I can only speculate that he was promising them he would be seeing them again. Once facing the other direction, heading towards those same fans, Patterson picked up a bouncing kickoff for a 93 yard return and touchdown. The game clock indicates that the play lasted 13 seconds, which is exactly how long Minnesota spent losing to Oakland on Sunday, and not one second more thanks to Patterson finding his jets at an opportune moment. Patterson also carried the ball one time for six yards early on.

OTHER: Don’t like my nominations? That’s okay, head to the comments section and let me hear about it. It is okay, I can handle it. I promise.