Week Seven Player Of The Game: Cast Your Vote! 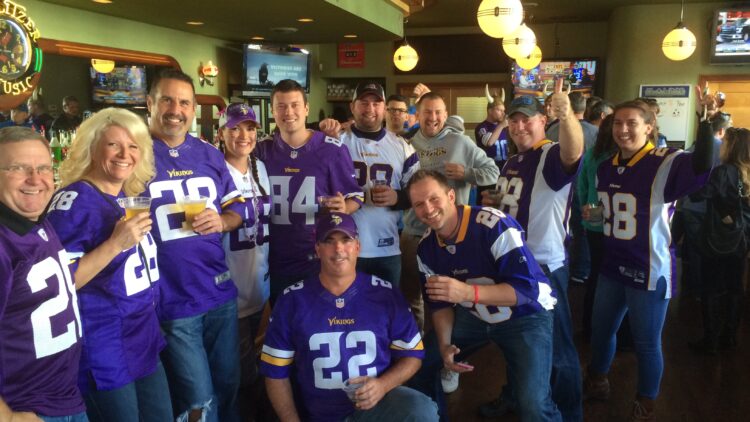 Last week, it was rookie Stefon Diggs that swiped this heralded (by me) award in his first career start by getting more than 70% of your votes. This week, he might be in for a repeat performance here at VT, but first I want to give a few quick thoughts on my very first game experience at Ford Field in Detroit:

Okay, enough about that, onto the nominations for this week’s award.

I was only one stutter step away from nailing my bold prediction this week. Still, I’ll gladly accept the end result, which was Teddy Bridgewater turning in a stellar performance and the Vikings getting a road win against a division opponent. Bridgewater ended up completing 25 of his 35 passing attempts for 316 yards and two scores. He endured four sacks and fumbled the ball twice (one was that Adrian Peterson handoff – assign blame as you like), but he didn’t throw any interceptions and was largely in command once the first quarter came and went. Bridgewater finally found success with his deep ball and, according to Pro Football Focus, he connected on seven passes deeper than 10 yards for 147 yards and a touchdown. One last stat: Bridgewater completed passes to 11 different players.

In his second career start, Stefon Diggs tallied another excellent performance and has established himself as the most exciting thing this offense has to offer. Diggs is running pristine routes, showing heart and desire to be great with every action, and is producing yards and points for an offense that desperately needs a spark. Diggs led the Vikings with six catches for 108 yards and a touchdown that is quite possibly the best highlight this offense has produced to date. He also ran the ball once for a nine yard gain, letting future opponents know they’ll need to account for him in nearly every possible situation.

How great is it that Linval Joseph is a consistent nominee for this award? The guy is playing some excellent football in his second year with the Vikings and Detroit’s running game certainly suffered because of it. Joseph tied for second on the team with six tackles and was an extra large reason why the Lions couldn’t get things rolling on the ground… even on crucial short yardage downs. The Lions ended up with 77 yards rushing on the day and Joseph was a primary reason for that lack of success.

You know your defense had a good day when the opponents offensive coaches are getting fired the following afternoon. You also know that your rookie inside linebacker is very effective when the Lions fan sitting right next to you consistently mutters “apparently number fifty-four can’t be blocked” throughout the entire second half. Kendricks and his defense got off to a rough start on Sunday, but they didn’t fold their cards when the going got tough, and instead harassed Matt Stafford for the remainder of the game and completely stalled out a potent Detroit offense. Kendricks ended his day with six solo tackles, two sacks, three hits on the quarterback, and three tackles for a loss to his name. Another impressive outing for the rookie linebacker.

There were a number of other solid performances on Sunday worth noting, but I think I pretty well narrowed things down to the four serious contenders above. With that being said, if your vote belongs to someone else then be sure to vote “OTHER” and let us know your thoughts in the comments section below.

The previous winners of this award for 2015 are as follows:

Will Teddy Bridgewater get his first weekly award for 2015? Will Stefon Diggs make it two in a row? Will Linval Joseph take the lead with two on the year? Be sure to check into our Schedule Page to keep current with all the results throughout the season.