Week Nine Player Of The Game: Cast Your Vote! 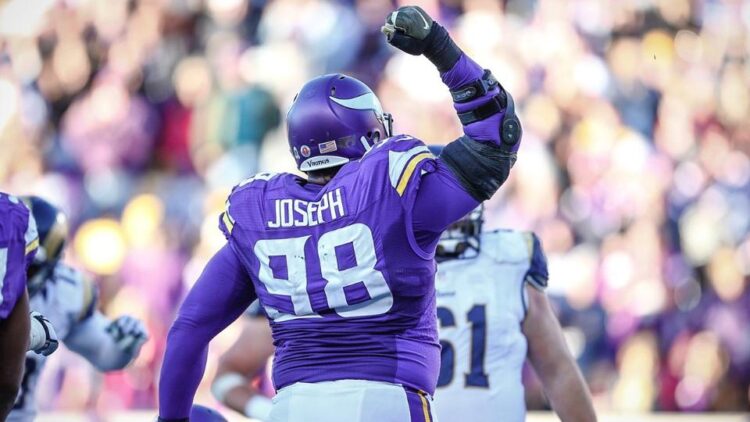 The Minnesota Vikings got their fourth straight victory, and assumed position atop the NFC North with the Green Bay Packers, on an overtime boot from kicker Blair Walsh. The game was physical (perhaps, at times, too physical) and the Vikings found just enough production on both sides of the ball to escape another close one.

After three straight weeks of winning this heralded (by me) award, Stefon Diggs and the rest of the Vikings passing game will step aside and let somebody else claim the prize this week. We’ll get to the nominees, but first let’s take a look at which Vikings players have won the weekly contest so far this year:

The previous winners of this award for 2015 are as follows:

And this week’s nominations are…

Peterson very easily could have been the goat of this game had his butterfingers ended up resulting in a turnover, but a little luck and a heads up play from Stefon Diggs spared him the embarrassment. Instead, Peterson was the best part about Minnesota’s offense this afternoon as he rushed 29 times for 125 yards (4.3 yard average) and a touchdown. He also added a pair of nine yard catches and, in the end, he showed up big when he was needed most.

Face it, you’re voting for Linval. And you should! One week after his best performance as a Viking, Joseph topped himself and was an unstoppable force against St. Louis. He notched a team-leading ten tackles, three for a loss, split a sack, and hit the opposing quarterback twice. The Vikings largely kept rookie phenom Todd Gurley in check thanks to the effort, as he only rushed for 89 yards on 24 attempts… a paltry average of 3.7 yards per carry. Joseph is the answered the Vikings needs for a legitimate nose tackle, keeping the “We miss the Williams Wall” comments at bay so far this season.

With rookie Eric Kendricks not playing due to injury, and Audie Cole having his season ended on the field today, veteran linebacker Chad Greenway was called upon to do some extra work against St. Louis. For as much as that might make Vikings fans a little nervous, Greenway played a very good overall game, and his experience showed up big when the Rams attempted to run some screen plays that he diagnosed perfectly. Greenway was the other Vikings to register 10 tackles on the day, with one going for a loss, and his impact was certainly a large one throughout the day.

Two game winners in two weeks, and this time around it was as important as ever that Walsh fight the wind and get three points. He hit both of his field goals for the day, and his lone extra point attempt, and certainly deserves all the praise he is getting for getting this Vikings team off the field with much needed victories.

OTHER: I’ve only nominated four players this week. Did I miss one you thought should be on here? Did an offensive lineman jump out to you as dominant? Are you wanting to see Teddy Bridgewater get some credit for this win? Perhaps someone from the secondary deserves praise. I’m all ears, so feel free to click the “OTHER” button and let me know who gets your vote down in the comments section.