Week Eleven Player Of The Game: Cast Your Vote! 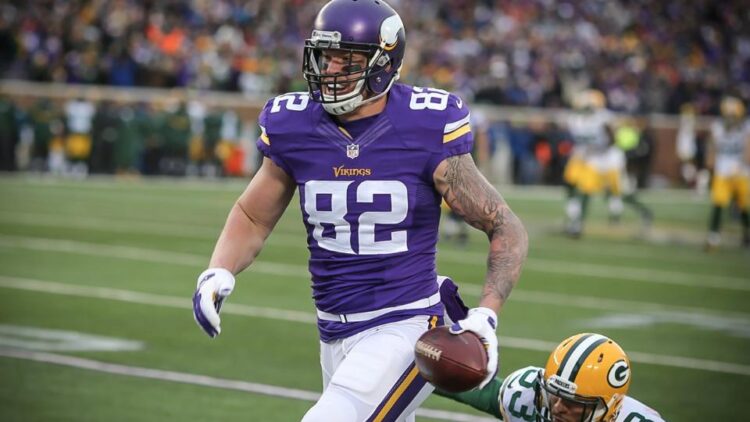 Last week, it was Vikings cornerback Terence Newman that won the NFL’s Defensive Player of the Week award and the even more heralded (by me) Vikings Territory Player of the Game award. His two interception performance against Oakland launched him into the decisive victory on our poll, even though Adrian Peterson turned in an impressive 200-plus yard game.

This week the overall team performance was far less impressive in the 30-13 loss to Green Bay at home. Individual performances predictably are far less exciting as a result.

Regardless, even during the sour times, we push on and anoint a player every week. Here are the 2015 winners through nine games of Vikings football:

Now, onto this week’s nominations:

Teddy Bridgewater dropped back to pass 47 times and, according to Pro Football Focus, was pressured on nearly 60% of those snaps. Bridgewater wasn’t able to make that pressure look invisible through his poise, but he did show a certain amount of grit throughout the game and deserves credit for beginning to mount a possible comeback before Adrian Peterson fumbled away all hope. Bridgewater amassed 296 passing yards, completed 25 of his 37 passing attempts, had one touchdown and posted a quarterback rating of 100.7 while adding another 43 yards on four rushing attempts. It was also his second consecutive game without committing a turnover.

Some people saw Bridgewater as a bright spot on Sunday. Some saw this game as a sign that he isn’t the long-term answer. The gap between these two sets of Vikings fans miffs me, to be honest, but Bridgewater is nominated for the crowd that saw him as a real team leader on Sunday.

It wasn’t exactly graceful, but Kyle Rudolph’s career-long 47 yard touchdown against Green Bay was probably the best play any player made all game long. Rudolph ended up being Bridgewater’s most reliable target on the day, hauling in six passes for 106 and yards (and that score). It was the type of game Rudolph needed to put on display, but it is a catch-22 to have your tight ends running routes when your offensive line appears to be overwhelmed as often as ours does.

This guy just keeps showing up in these nominations, but this week’s performance wasn’t quite as dominating as his previous ones, doubtless due to Aaron Rodgers and his ability to outmaneuver defenders on a fairly consistent basis. Joseph still led the team in tackles this week, however, notching another nine to his name. Joseph didn’t stop anyone behind the line this week, but if you watch the game closely you will see that it was his surprising hustle and recovery that helped prevent some positive rushing attempts from getting out of hand.

Everson Griffen had himself a decent day, all things being considered. He was credited with four tackles, two for a loss, a sack, two hits on the quarterback, and a batted pass. Third down wasn’t exactly an easy situation for the Packers on Sunday, they went 6 of 16, and a lot of that had to do with the pass-rushing disruption Griffen brought to the table in most instances.

OTHER: I don’t know. Danielle Hunter? Zach Line? Xavier Rhodes? Stefon Diggs? If you don’t like my nominations, feel free to click “OTHER” and let me know about your vote in the comments section.