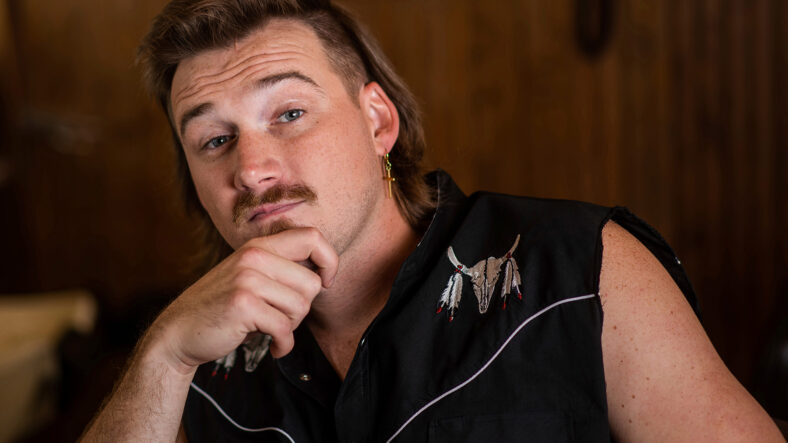 Country singer Morgan Wallen poses for a portrait after getting a mullet at Paul Mole Barber Shop on Tuesday, Aug. 27, 2019, in New York. Wallen, who has turned heads with his likable hit song “Whiskey Glasses," said he decided to try a mullet after seeing old photos of his dad proudly rocking the hairstyle. (Photo by Charles Sykes/Invision/AP)

Earlier this month U.S. Bank Stadium was packed to the brim with a sold out crowd of 73,000 on hand. No it wasn’t an impromptu border battle in the middle of June, but in fact it was a country music concert featuring superstar Eric Church and a rising star of his own right Morgan Wallen.

As musicians are wont to do when they visit a city and perform in a venue that hosts a sports team, Wallen donned a Minnesota Vikings jersey when he took the stage for his encore. Specifically, it was a jersey of former Vikings tight end and current free agent Kyle Rudolph. The uniform was also autographed which Rudy documented in the photos below. It’s also likely there was a little meet & greet scenario between the two where the jersey may have been exchanged

Now that the dust has settled, it turns out that there is a little more to the story of Wallen’s football aspirations and his time at U.S. Bank Stadium.

According to K102 and clearly showcased on social media, Wallen took some reps as a quarterback on the field during sound checks and he’s got a pretty decent arm. He can be seen in the videos below dropping dimes to stagehands and friends as they weave in and out of rows of chairs setup for the concert.

At one point in the videos, Wallen even stares down the camera and says “Kirk Cousins, I’m coming for your job boy!”

Clearly, the statements are delivered in jest but it’s hard to deny that Wallen has some throwing talent. Even some of the movements show that he may even have a little experience in his back pocket…even if it has a little backyard football feeling to it.

As of the posting of this article Cousins has not responded to Wallen’s call out, but looking at the latest posts on his Instagram he’s pretty busy being an awesome dad and enjoying the final days of his offseason before camp kicks off next month.