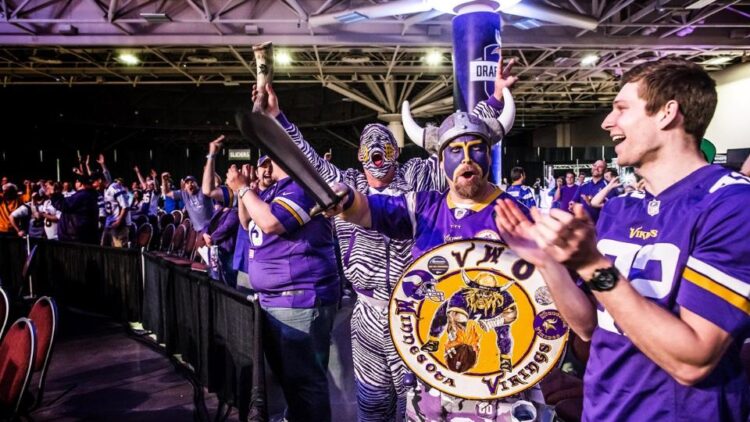 This is Version 3 of the Mock Draft Roundup, and while free agency isn’t finished and the Vikings may very well add another player or two (or three…or four…), the marquee player movement is done. Minnesota made a number of additions—most notably signing guard Alex Boone, tackle Andre Smith, and safety Michael Griffin—and one subtraction (Mike Wallace) that will likely affect how it approaches the draft. For that reason, he’s an updated look at who the mock drafts have the Vikings taking at number 23:

Adam correctly predicted Rick Spielman would plug some glaring holes in free agency, which will allow the team to have more flexibility on draft night. He points out Lee is a top-tier athlete and would make a blazing fast linebacking unit next to Anthony Barr and Eric Kendricks. Read the full explanation here.

Just days after Austin predicted the Vikings would select Jaylon Smith in the first round, it was reported that Smith’s injury might be a lot worse than previously thought, which caused his stock to plummet. Bad luck for Smith, bad timing for Austin. This time around, he has the Vikes taking Doctson, who he says passing on would be a disservice to Teddy Bridgewater. Read more.

Draft Season’s Ultimate Mock has the Vikings going O-line, noting they’ve been high on Whitehair and won’t reach for a receiver if the value isn’t there. (Note: Draft Season’s last mock was March 7, and I wouldn’t be surprised to see this pick change once they do a refresh.) Read more.

Brooks’ guess for the Vikings pick has gone from Whitehair to Doctson to, now, Leonard Floyd. In his current mock, he has the team passing on Doctson and Cincinnati scooping him up at number 23. Brooks calls Floyd an “athletic sideline-to-sideline playmaker.” Personally, I’m intrigued by the idea of the team passing on offense and cementing a third young, athletic starter at linebacker. Read more.

After previously mocking Doctson to the Vikings, Prisco now predicts he will be selected one pick earlier by Houston, and Minnesota will go with the Notre Dame product (it is, after all, what they do). Prisco believes Fuller would quickly become Teddy Bridgewater’s downfield option. Read more.

Before free agency started, Kadar had Whitehair slated here. Now, after the Vikings have shored up their offensive line woes at least to some degree, he expects them to target a wide receiver. Read more.

Draft Geek switches their pick from safety (Su’a Cravens, USC) to receiver. They note the Vikings pass offense was ranked 31st last year, and call Stefon Diggs “not a number one,” to which I take vigorous exception. Read more.

These guys have had Doctson at 23 for over a month. They think the team would rather have Laquon Treadwell, which is hard to dispute, and after his poor combine I’m surprised more mocks aren’t having him fall to the Vikings. Regardless, Doctson had a great combine, and has solidified his first round status. Read more.

SI has Doctson going one pick before the Vikings, and believes if that happens they’ll settle for Conklin. The Michigan State product can play both guard and tackle but is a better fit at tackle, and could provide (much needed) competition for both Matt Kalil and whoever suits up on the right side. Read more.

This mock predicts a run on receivers, with both Doctson and Corey Coleman going in the two picks before number 23. Still, they think the Vikings will want a wideout. After not seeing Fuller in this slot at all up to this point, two different sites now have him going to Minnesota. Read more.

There it is! Finally Treadwell, who up until a month ago was unanimously considered the best receiver in the draft and a slam dunk top-15 pick, falls to the Vikings. I don’t know if the concern over his poor combine is warranted, but I like big SEC receivers (see: Julio Jones, A.J. Green, Alshon Jefferey, et al). Read more.

Why not one more for Doctson to round out the list? What I like about TSN’s analysis—aside from giving Stefon Diggs his due praise—is they mention his point-of-catch strength, a skill too often overlooked when grading wideouts. Read more.

5 out of the 12 mocks surveyed have the Vikings taking Josh Doctson at 23. While a few new names emerged in this round, the Doctson hype train is still full steam ahead. I do wonder if there’s some groupthink going on here, but the TCU wide receiver does make the most sense at that point in the first round, at least on the surface. I’ll keep holding out hope for Treadwell, but I like the fact the team doesn’t have a number of glaring needs, and thus is afforded a little more positional flexibility with whom they choose.