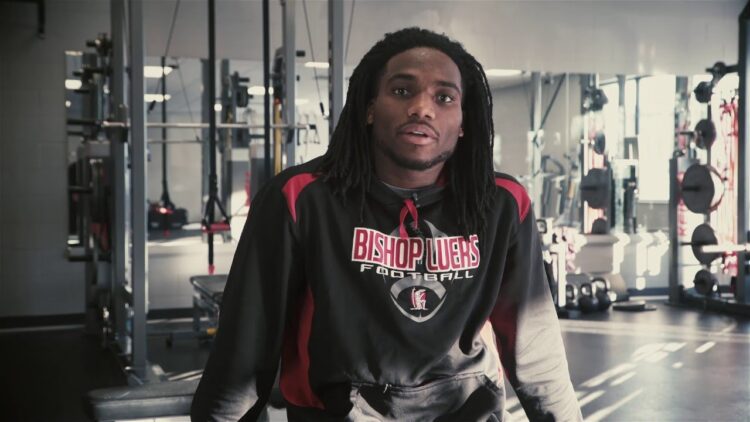 The NFL Draft is all about risk and reward. Teams selecting early in the first round often pin their franchise’s future to one player, whether that’s a highly-rated quarterback or can’t-miss offensive tackle. The risk isn’t always worth the reward, but prospects like Andrew Luck make the gamble a worthwhile endeavor.

But when the gamble involves injuries, the pitfalls can be disastrous. The San Francisco 49ers took a flier on Marcus Lattimore in the fourth round of the 2013 NFL Draft, and the running back was never able to recover from a gruesome knee injury suffered at South Carolina. He never played a down with the 49ers, retired before the 2015 regular season, and disappeared into obscurity. And this year, another top prospect — Notre Dame linebacker Jaylon Smith — may face a similar fate.

According to reports from Ian Rapoport, Smith’s medical exam revealed “ankle and knee nerve issues” that potentially put his 2016 season in jeopardy. At the Fiesta Bowl in January, Smith landed awkwardly and tore the ACL and LCL in his left knee. Though he underwent successful surgery seven weeks ago, Smith’s knee may be more damaged than originally thought; damage severe enough to send his draft stock plummeting in April.

When Smith arrived at the NFL Combine late last week, teams knew he’d need time to return to full strength. A sever knee injury requires months of rehab and additional work on the practice field. For many rookies, that’s the equivalent of a redshirt year in college football, or a season on the roster without actually playing.

But the nerve damage found in Smith’s leg is doing more than raising questions; it’s scaring teams away. Reports from ESPN indicate that multiple teams have made the decision to fail Smith on the physical,” and  that “sources with three teams at the combine said they do not intend to draft Smith.” RealGM’s Jeff Risdon spoke to one anonymous defensive coordinator at the Combine, and the verdict wasn’t encouraging:

It’s quite the fall for Smith, who was a legitimate candidate for the first-overall selection while healthy at Notre Dame. He recorded 113 tackles last season and was widely considered college football’s best defensive player. But one injury has derailed Smith’s chances of a top-10 pick, and even a first round selection.

At only 20 years-old, Smith certainly projects as an investment for the future, but again, how much is a team willing to invest for a player who may not ever return to full strength? The Vikings have the luxury of selecting late in the first round (No. 23), though that pick may be better used to address issues at wide receiver and offensive line. Wherever Smith is drafted, the road to recovery appears long and full of obstacles.

As of now, my first mock draft was completely wrong. Please feel free to say “I told you so” in the comments section.