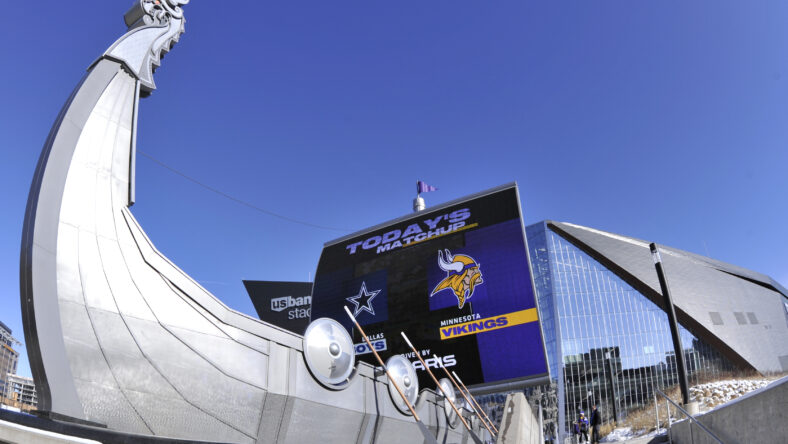 While CBS was cutting away from the Minnesota Vikings lopsided loss on Sunday to cover Steelers-Bengals, a purple and gold Hall of Famer had seen enough, too.

The Vikings lost to the Dallas Cowboys 40-3 in Week 11, the sixth-worst loss per point differential in team history and the second-worst home loss in 62 years.

The beatdown prompted Vikings legend Cris Carter to find other plans, as the 56-year-old tweeted, “I gotta turn the channel.”

Carter tweeted the sentence about two hours into the game.

The Cowboys jumped on the Vikings early, stripping the football away from quarterback Kirk Cousins after Minnesota elected to receive the game’s first possession. The game remained competitive for about 30 real-life minutes but soon went pear-shaped.

Cousins experienced a 63% pass-rush pressure rate against the Cowboys. During the Super Bowl two years ago, Patrick Mahomes underwent a 37.5% pressure rate versus Tampa Bay. The offensive line was gruesome — so much so that onlookers couldn’t even determine if Cousins was performing terribly, too, or if the offensive trenches were up to their 2018-2021 tricks. Cousins was also sacked 7 times, a career-high, and not in a good way.

Last week, after the Vikings stunned the Buffalo Bills in New York, Carter was equally happy as he was outraged versus Dallas. After the win over the Bills, the Hall of Famer tweeted, “Hey, football world. Vikings finally get their signature win. Shut up now.”

The Vikings are now tasked with “picking up the pieces” in the next four days, hosting the New England Patriots on Thanksgiving night. New England on the docket is vicious as Bill Belichick’s team showcases the NFL’s best defense per EPA/Play. The Vikings haven’t beaten the Patriots since 2000.

For better or worse, though, this is how it goes in sports and the NFL particularly sometimes. Five teams throughout history have received 30+ point beatdowns in the regular season — and gone on to win Super Bowls. The most recent edition was the 2020 Tampa Bay Buccaneers, and before that, the 2012 Baltimore Ravens.

The Vikings are early three-point favorites to right the ship over New England. Hopefully Hall of Fame Vikings — or anyone else — can avoid changing the television station.