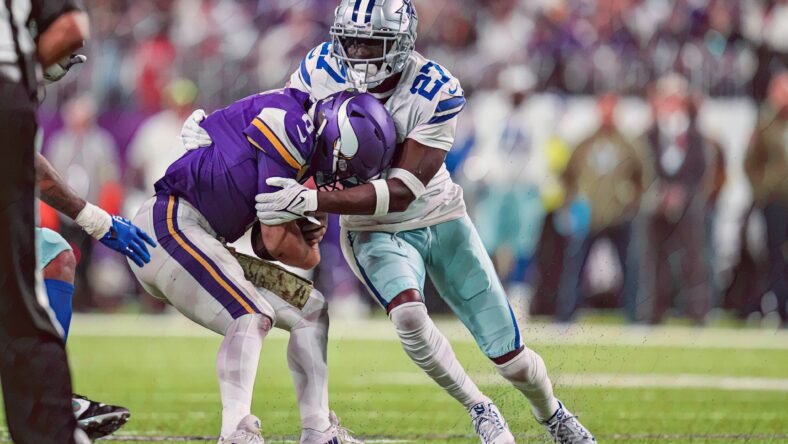 The Vikings fell to 8-2 atop the NFC North after a beatdown at the hands of the Dallas Cowboys. Dallas downed Minnesota 40-3. Not a typo.

1 – The Vikings were never going to be a 16-1 team — most optimists pegged the club for a 12-5 season — so a loss was destined to occur. Apparently, that was a shellacking by the Cowboys. Perhaps it would’ve been better for the warm-fuzzies to lose in Buffalo and then thrash the Cowboys at home. But then one wouldn’t have the memory of the Bills win. While the loss was awful, inexcusable, and nauseating, Minnesota is still 8-2 — better than any projection you forecasted through 10 games.

2 – Head coach Kevin O’Connell can either retreat to Eagan and re-formulate a plan to respond with a refreshing win over the New England Patriots, or he can essentially do nothing and allow the team to drop two home games in a row. Whichever option is chosen likely determines whether the Vikings are bonafide Super Bowl contenders.

3 – Five teams in NFL history have lost regular season games by 30+ points and later won a Super Bowl in the same season:

Despite any tears that fans may experience, there is precedent for this sort of thing.

4 – We can’t even diagnose if this was a “Bad Kirk” game because he didn’t have time in the pocket to prove if he was Bad Kirk.

5 – Cousins encountered a 63% pass-rush pressure rate against the Cowboys. During the Super Bowl two years ago, Patrick Mahomes experienced a 37.5% pressure rate versus Tampa Bay. Do you remember how rotten that was for Mahomes? Toss on 26 extra percent for Cousins. Football games cannot be won with that stat.

6 – The Cowboys are now 4-0 at U.S. Bank Stadium, which is extraordinary and mind-numbing.

7 – There is nothing worthwhile to report stat-wise per individual performance because the game symbolized such putrefaction for the Vikings. The Vikings were 1 for 11 on 3rd Down. They lost the time-of-possession battle by 15 minutes. Cousins was sacked 7 times. They truly did nothing right.

8 – If the postseason began tomorrow, the Vikings would host the 49ers. Twenty-four hours ago, that matchup inspired a “bring them on” posture from Vikings fans. For now — until Thursday night — that hypothetical game strikes fear in your heart.

9 – Per point differential, this was the Vikings sixth-worst loss of all time.

10 – Christian Darrisaw has already been ruled out for Thursday, and it is emphatically the smart move.

11 – The home crowd didn’t do the Vikings any favors. But one might have to be a maniac to scream at full volume when the score is 30-3 or so.

12 – The last time the Vikings were embarrassed, they won their next seven games. Just like the Super Bowl stat above (No. 3), there is precedent for this. Onward.