Betting Odds for Vikings vs. Bills Are Tightening 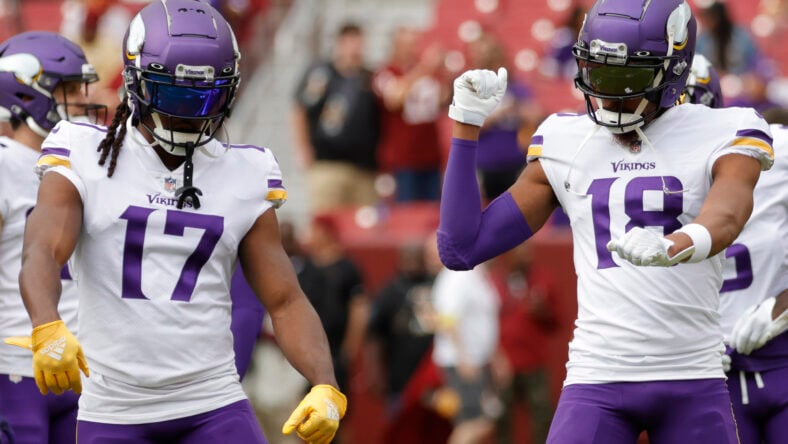 When the Vikings schedule was first released prior to the season’s start, many circled the game against the Buffalo Bills as the toughest of the year. Well, now that game has arrived, but the betting odds for Vikings vs. Bills are tightening up.

As the odds were first released, the Vikings widely were considered underdogs by more than a touchdown, with a 7.5-point spread in favor of the Bills. However, just a couple days later, with much of the money being placed on the Vikings early in the week, the Bills are now favorites by just 3.5 points on BetOnline.ag.

For context, the typical home-field advantage given in the NFL is three points. Essentially, the books are quickly seeing the Bills and Vikings as equal competitors if they met on a neutral field.

There’s a couple reasons for this. First and foremost, the status of star QB Josh Allen is up in the air right now. He suffered an elbow injury during Buffalo’s loss to the New York Jets, and he may be unavailable to play. Some are even speculating that he could be forced to sit multiple weeks.

Of course, it’s still early in the week, and many things can change between now and Sunday. We’ll get more indication on this situation when the Bills first injury report gets released on Wednesday afternoon.

If Allen were forced to sit, that would mean Case Keenum is thrust into the starting QB spot for Buffalo. Keenum is a good QB in his own right, but it’s undeniable that going from a potential MVP candidate to the former Viking is a massive drop-off.

Should Keenum play against the Vikings, it would be his second start against the team since he led Minnesota on that magical run in 2017. The first of these games came in 2019 when Keenum played in Washington. It was a rough outing for Keenum as he completed 12-of-16 passes for just 130 yards with no touchdowns or interceptions. The Vikings won the game 19-9.

Either way, it’s becoming very clear that injury luck has benefited the Vikings in a huge way this season. If they play against Keenum, it would mark the fourth backup QB that Minnesota has faced in its first nine games. The other three are as follows:

Undoubtedly, this has helped the Vikings get off to a 7-1 start this season. That said, 1) you can only play the team put in front of you, and 2) we can’t pretend the Vikings haven’t had horrendous injury luck over the past two seasons, so it’s nice to see it regress the other way.

If the Vikings can pull off a road win in Buffalo this weekend, it puts massive pressure on the Green Bay Packers as they face-off with the Dallas Cowboys. There are some out there who have already declared the Packers season as over, but the combo of another Vikings win/Packers loss makes that even closer to being a reality. 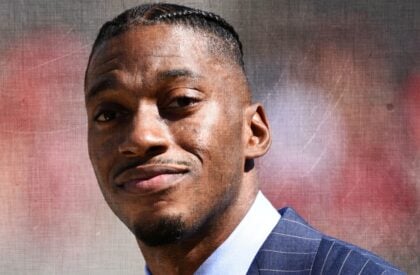