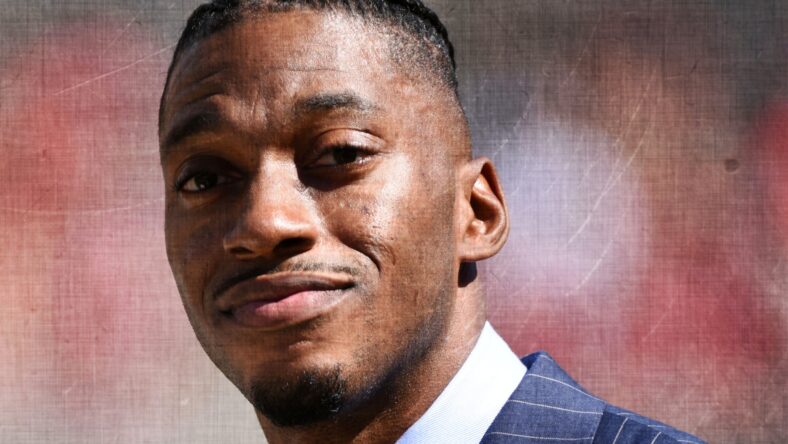 Now, he’s singing a different tune about Cousins — and the Vikings.

Griffin and Cousins were teammates in Washington for three years before Cousins ultimately took Griffin’s QB1 job. In 2012, Griffin took the planet by storm with herculean performance, both passing and running the football as a rookie. Soon, though, injuries hit, and Washington’s coaching staff and front office appeared to horribly mismanage Griffin’s ailments. He never fully recovered, at least as a borderline-elite quarterback that his initial trajectory promised.

And that’s where Cousins entered the chat, filling in for Griffin and displaying a pocket-passer aptitude that Griffin sometimes lacked. Nearing the end of the 2014 season, the Commanders handed the job to Cousins, and Griffin ventured to the Cleveland Browns.

It was unclear if Griffin ever harbored outright resentment toward Cousins, but his comments in 2021 suggested that he wasn’t necessarily enamored with Cousins’ game. When the Vikings took a flyer at quarterback on a 3rd-Round draft prospect named Kellen Mond in the 2021 NFL Draft, Griffin pounced.

“As you’ve seen, Cousins has been collecting checks there in Minnesota for a long time, taking them to 8-8, 9-7 seasons. If he has a bad start to the year like he did last year, I could see the fans and maybe the organization (Vikings) leaning toward Mond if he comes in and impresses,” Griffin incorrectly predicted to Bleacher Report.

Griffin even implied that Cousins was mad or flustered by Mond’s presence, “Yeah, I can tell you that No. 8 in Minnesota is not real happy right now, because Kellen Mond represents exactly what he doesn’t do well.”

Despite Griffin’s Mond hype, Cousins remained the Vikings quarterback and was extended to a new contract by a fresh brand of leadership regime in 2022. All the Vikings have done since then is tabulate the league’s second-best record at 7-1, temporarily hold the NFC’s No. 2 playoff seed, and silence most critics’ habitual Cousins slander.

Wouldn’t you know it? Griffin is on board with the Vikings enthusiasm now, too. After the Vikings toppled Griffin’s old team, the Commanders, the 32-year-old claimed the Vikings weren’t getting enough attention:

He didn’t expressly take back his Mond prediction, but nobody asked that from him. His tweet, however, suggests subtle approval of the Vikings 2022 accomplishments.

Either Griffin realized he was wrong about Mond, doesn’t care about the old prediction, or had a revelation that Cousins is more than a check collector.

The Vikings take on the Buffalo Bills at Highmark Stadium in Week 10 as five-points underdogs.