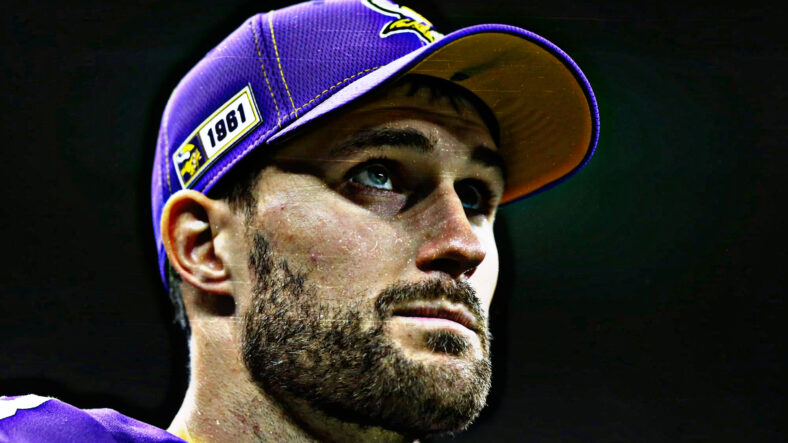 Kirk Cousins was sent home from the practice facility after he wasn’t feeling well on Thursday morning, according to head coach Kevin O’Connell. Cousins first missed the walkthrough and will be absent from the Vikings’ afternoon practice.

Kevin O’Connell’s statement in the press conference: “I have not gotten much of an update but I do know he was not feeling well earlier. We have a process in place where we sent him home and we’ll go through our processes internally. I’ll get an update for you guys as the week pans out on his availability for the Raiders game.”

Status for Preseason in Question

It’s still unknown what type of illness it is. The possibility of COVID-19 hasn’t been ruled out. Subsequently, Cousins’ status for Sunday’s preseason game is up in the air. The Vikings face the Raiders in Las Vegas on Sunday.

Further testing and his personal feeling will determine his status for Sunday and future practices. However, it’s not sure if Cousins would even play in the preseason game. The Rams, where O’Connell was the offensive coordinator, rested most starters last year. At the end of the day, it led to a Super Bowl.

O’Connell told the media, “I’ve kind of had a plan in my mind as far as playing time throughout the preseason for him. Obviously getting on a plane and doing all the travel stuff anyway, regardless of how he currently feels, what will matter is when it’s time to get on the plane Saturday and go. That’s obviously something we’ll be really cognizant of.”

The fact that the Vikings haven’t ruled out COVID-19 is concerning for various reasons. Cam Newton contracted the virus in 2020 and didn’t feel well for weeks. Also, even if Cousins is all right in terms of symptoms, he would miss time in training camp. The practice time is limited and valuable, especially since the Vikings have a new scheme and Cousins has to learn the plays.

Kevin O’Connell talked about that possibility, “We’re still in that process. We’re in the process of kind of trying to go through all that, make sure first and foremost ‘Hey, what are you feeling, what’s going on?’ And then go through our in-house process to make sure that A, if it does end up being (COVID), we’re on top of it. And if it’s not, there’s still some other stuff going around that we want to make sure that we’re being smart about the other 90 (players), coaches, everything. In-house, we’ve had a lot of dialogue about that, so we’ll be smart and we’ll deal with it day by day.”

Backup quarterbacks Kellen Mond and Sean Mannion will take Cousins’ reps until the starter is back on the field. However, they haven’t looked great so far in camp. If Cousins were to miss more time, a new signing shouldn’t be ruled out. Two quarterbacks are not enough for a camp practice.

The expectations for Cousins are high in the upcoming season. After four years of Mike Zimmer’s run-first offense, he now has a head coach willing to pass the ball more often. Jefferson, Thielen, and Osborn are three excellent weapons, and the offensive line is slowly improving. Ed Ingram is starting to get first-team reps to fix the weakness of the unit.