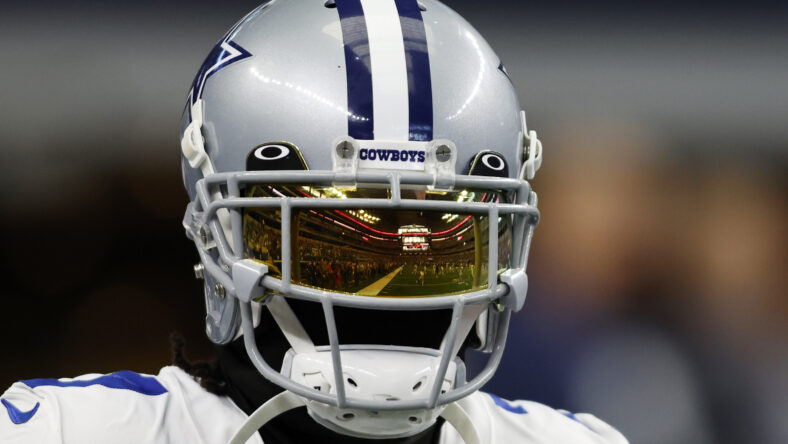 After a colossal overtime victory against Buffalo, the Minnesota Vikings return for three straight home games. U.S. Bank Stadium should be rocking as the Dallas Cowboys come to town on the back of an overtime loss to the Green Bay Packers — a game the Cowboys looked in complete control of and somehow contrived to throw away.

It’s another game against playoff-caliber opposition that gives the Vikings a chance to show they are for real — being 8-1 still isn’t enough for some people.

Here are four of the Cowboys key players vs. Vikings that Minnesota will need to slow down and grab victory.

It looks like Ezekiel Elliott will return from injury this week, and the Cowboys will return to their double threat at the running back position. However, they may be best served to continue to lean on Tony Pollard after he recorded back-to-back 100-yard rushing games — first against Chicago (131) and then Green Bay (115), also running in four touchdowns over the two games. With that kind of production, they’d be wise to keep giving Pollard the ball.

The Vikings run defense has improved this season, but they are again without Dalvin Tomlinson. He is a massive loss at the center of the Vikings offensive line. The Bills enjoyed great success on the ground in the first half of last week’s game before moving away from what had been working. Dallas won’t do that, with two backs far superior to what Buffalo has at their disposal. Containing Pollard and Elliott will be vital to slow the Cowboys offense.

Like the rest of the wide receivers in the 2020 draft class, Justin Jefferson has overshadowed CeeDee Lamb. The Cowboys receiver is a good player and, in normal circumstances, would have been the star of his draft class. He has 2,593 receiving yards with 16 touchdowns so far in his career. Lamb is on course for his best year yet this season, with 706 yards and five touchdowns from his first nine games.

The former Oklahoma Sooner already has a 100-yard game at US Bank Stadium under his belt from last season. Additionally, the Vikings have problems at cornerback with Cameron Dantzler on injured reserve and Akayleb Evans, who replaced him last week, out of this game with a concussion. Second-round rookie Andrew Booth gets his chance to start this week. The Cowboys will try and test him early.

In 2021, I really wanted the Vikings to draft Micah Parsons. The Cowboys took him two places before the Vikings were due to pick, and the Vikings traded back, eventually selecting Christian Darrisaw.

That hasn’t turned out too bad.

Darrisaw is already one of the best offensive tackles in the league, although the extra third-round sections weren’t used. The one player still in Minnesota from that round is Patrick Jones, who looks at least like an excellent rotational piece on the edge.

Back to Parsons, what a player. He took the league by storm in his rookie season, finishing with first-team All-Pro honors. There has been no slowing down this season, either. Parsons has four games where he recorded two sacks. His 90.7 grade from Pro Football Focus is third among edge defenders, the position they list him at. He came into the league as a linebacker, but his prowess rushing the pass has seen the Cowboys using him from the edge.

The weak point of the Vikings is in the interior, namely Ed Ingram. Dallas may look to pick on the Vikings and line Parsons up inside. It would be the intelligent thing to do.

Trevon Diggs has been a bit of a conundrum since entering the league in 2020. He has 17 interceptions in his career, including a massive 11 numbeer last season. Despite all those interceptions, he has a reputation for giving up many big plays. His aggressive nature that brings the interceptions can also see him get burned. So far, he only had three interceptions, but the coverage seems to be better, with his coverage grade of 75.1 from PFF much improved in his first two seasons.

We are about to see a Jefferson vs. Diggs battle for the second week. Once again, Jefferson’s ability to come out on top will be huge for the Vikings chances to win. The Cowboys will need Diggs to try and shadow Jefferson one-on-one while they try and slow the Vikings run game. Dallas managed to slow Jefferson last season, recording only 2 catches from 4 targets for 21 yards.

This is a different Vikings team that won’t shy away from throwing the ball to their star wide receiver — especially as he has proved he doesn’t need yards of separation to make a play.