The Top 5 Cornerbacks in the NFL Draft 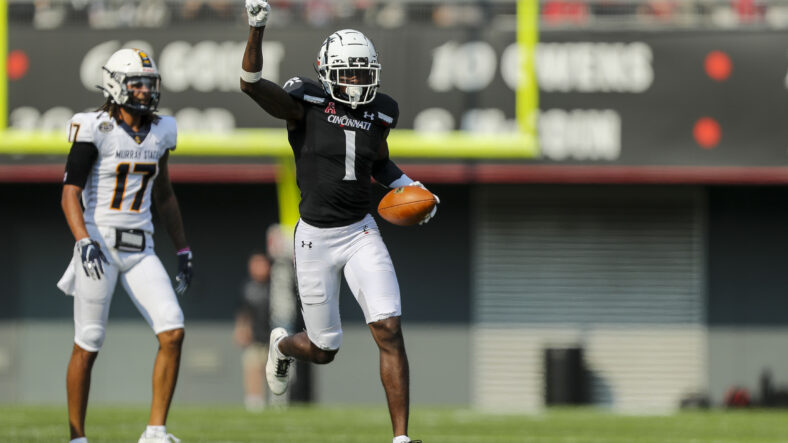 Despite signing some cornerbacks in free agency, adding talent to the cornerback room is still one of the top priorities for the Vikings draft. The following five cornerbacks received first-round grades from me, and all five could immediately fix some of the recent problems in pass coverage.

Elam is the youngest player on the list but does not lack experience. He was a rotational player as a freshman and started his sophomore and junior years for Florida in the SEC, where he faced many of the nation’s top wideouts.

Due to his measurements of 6’2” and 190 pounds, the former Gator looks like a true shutdown corner. He is excellent in man coverage and, therefore, a perfect fit for the Vikings and Ed Donatell’s defense. As a result of his size, Elam is not the most agile player at his position and tends to draw penalties with his aggressive coverage style. Since he is just 20 years old, he has a lot of room to grow and enough time to work on his flaws.

Elam is expected to be drafted late in the first round and could be a target for the Vikings if they trade the 12th pick away and acquire a pick in the 20s.

The Georgia native redshirted his freshman year and played a rotational role in his first full season. In 2021, his third year, he finally became a full-time starter for Clemson.

Booth almost exclusively played in zone coverage in Clemson. He is, tied with McDuffie, the best player in zone coverage in the draft. His instincts are special, and he sees plays before they happen. Booth is the most aggressive tackler among these five prospects. Teams will appreciate the effort, but he has to work on his technique, missing too many tackles.

Andrew Booth Jr. missed the combine due to a hamstring injury and did not participate in the Clemson pro day because he is set to undergo surgery on a core muscle. As a result of his injuries, he is sliding down draft boards and, therefore, could be a steal if the Vikings trade back and have their first selection in the 20s.

Trent McDuffie was an absolute superstar for the Washington Huskies. The California native earned PFF grades above 80 in all three of his college seasons. He did not allow a touchdown in his final two seasons on campus.

His biggest strengths are his movement skills. He possesses blazing speed, and his agility is off the charts and will be elite even at the next level. McDuffie is special in man and zone coverage and can play inside and outside. He is the most versatile cornerback in the draft.

Fans and draft pundits are concerned about his size. He is just 5’11” and has short arms. His pro comparison is Packers star defensive back Jaire Alexander, who has similar measurements and is doing fine, as he is one of the best cornerbacks in the NFL. Another concern is the lack of interceptions. When watching his tape, it becomes obvious why he recorded only two interceptions in his college career. Opposing quarterbacks don’t throw the ball in his direction because his coverage is flawless. Wide receivers can’t get separation against McDuffie.

McDuffie should be in the mix at pick 12. His movement skills and versatility make him worthy of becoming the 12th overall pick.

After the conclusion of his sensational 2019 season, the national champion was expected to be a top-five pick once he is eligible to enter the draft. In the following two seasons, Stingley Jr. appeared in only ten games, and when he was on the field, his play didn’t match the level of his freshman campaign.

Stingley Jr. is an excellent press-man coverage cornerback, while his zone coverage is good, too. His movement skills are, just like McDuffie’s, spectacular. The speed, agility, and size are what teams want from their defensive backs. In his freshman year, the LSU Tiger only allowed a completion percentage of 38% and showed his ball skills, when he intercepted opponents six times.

Missing time in back-to-back years is going to scare teams. Another flaw is the effort he puts in. In some plays, he didn’t look very interested. There is a good chance the effort won’t be a problem in the NFL, as the level of competition is way higher.

The former teammate of Justin Jefferson has the talent to be a top-10 pick. Despite the struggles and injuries in the last two seasons, the Vikings could get a superstar with the 12th pick. Because of the strong performance at his pro day, it’s questionable if he’ll be available when the Vikings are on the clock.

The Cincinnati Bearcat Gardner is a true lockdown cornerback. His size of 6’3” is unique. Paired with elite play in his college career, make him a potential top-five selection in the upcoming draft.

In his three college seasons, Gardner did not allow a single touchdown while recording nine interceptions. The coverage skills, especially in press-man coverage, rarely allow any separation. Opposing receivers disappear entirely when they line up against him.

Some experts were concerned about the competition he faced in Cincinnati. He put the concerns to rest when he went up against Alabama’s Jameson Williams and John Metchie in the CFB Playoffs.

At this point, it’s doubtful ‘Sauce’ will be available at pick 12. However, he is a special talent, and it’s a position of need for the Vikings. New General Manager Kwesi Adofo-Mensah should consider trading up for the lockdown defender.