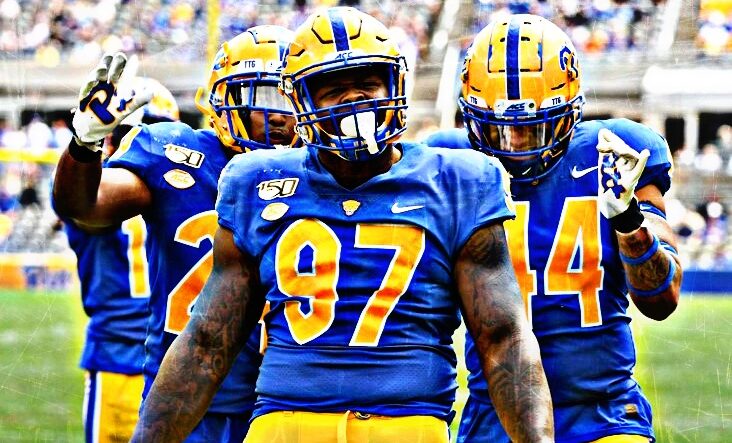 A man who was once projected as a 1st-Round pick, ultimately tumbled to the 6th Round, showed extreme gratitude when finally chosen in the draft — and was shot four times two months later — is back in the saddle for the Minnesota Vikings.

He’s Jaylen Twyman, a defensive tackle from the University of Pittsburgh, selected by Minnesota in last year’s draft.

Twyman’s journey to the 2022 offseason is unquestionably a rollercoaster. He was shot in June 2021, reportedly a victim of “wrong place, wrong time” circumstance in the nation’s capital. Twyman did not play for the Vikings during his rookie season.

But now Twyman is back, set to battle for a spot on Minnesota’s 53-man roster this autumn.

Unfortunately, the Vikings don’t have an array of roster areas where depth is touted — aside from arguably running back and wide receiver — but the guts of the defensive line are in pretty decent shape. Twyman will vie for a roster spot among players like Dalvin Tomlinson, Harrison Phillips, Armon Watts, James Lynch, TJ Smith, Jordon Scott, and TY McGill.

During the 2019 collegiate campaign, Twyman notched 10.5 sacks, a commendable total for a defensive tackle. Accordingly, his draft stock soared, but the hype around Twyman cooled during the coronavirus pandemic as he did not play in 2020, although the reasoning for that was attributed to family needs.

So, Twyman fell into the lap of the Vikings in the 6th Round of the 2021 NFL Draft. Rick Spielman “made the call” last year, and Twyman had this famous, heartfelt reaction. Fast forward to the 2:30 mark.

At Pittsburgh, Twyman was known for rushing the pass rusher, possessing a skillset considered ahead of the curve. His ideal scheme fit, per The Draft Network, is a 4-3 three-technique setup. The Vikings notably switched to a 3-4 defense this offseason with new head coach Kevin O’Connell, so Twyman — like everything else recently — will have to adapt.

The positive part of Twyman and the Vikings? His ceiling is incredibly high. Based on his 2019 performance, he was on a sure-fire track to start in the NFL.

Now, Twyman continues the baby steps to effectuate that forecast. And so far, Twyman has shown a knack for beating the odds.