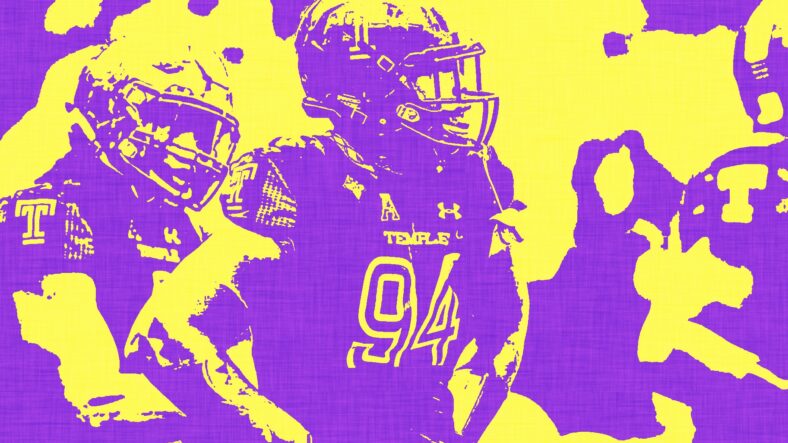 The road will be windy — such is the case already — but new Vikings defensive lineman Jullian Taylor is grateful for another chance in the NFL.

Taylor signed with the Vikings on Thursday, hoping to reclaim an on-the-field NFL job this September.

Taylor was drafted in the 7th Round of the 2018 NFL Draft from Temple, ultimately playing in 12 games for the San Francisco 49ers in 2018 and 2019. In December 2019, Taylor tore his ACL and missed the 49ers trek to Super Bowl LIV, a losing effort to the Kansas City Chiefs.

While Taylor was a part of the 49ers organization, current Vikings general manager Kwesi Adofo-Mensah was in the house, working under John Lynch. Because of Adofo-Mensah’s proverbial past ties, Taylor gets another look in the NFL.

And he’s grateful for the audition, tweeting this upon signing with Minnesota:

Then, he followed up the gratitude tweet with a famous “back in the lab” GIF:

Taylor is a longshot to make the Vikings roster, although stranger things have happened. The Vikings showcase 15 defensive linemen on the pre-draft roster, meaning Taylor will have to unseat about 5-7 men (by the time the draft is over) to make the 53-man team this autumn.

When he played in San Francisco — the sample size was small — he tallied a 67.9 grade from Pro Football Focus (in 2019), so the seedlings of production and maturation were evident. But his development was cut short by the ACL injury.

If Taylor does complete the reclamation project, he would likely serve as a defensive tackle for the 2022 Vikings, filling out depth behind players like Harrison Phillips, Dalvin Tomlinson, and Armon Watts.

In 12 career games, Taylor has notched 16 total tackles and no sacks. He was collegiate teammates at Temple with current Vikings cornerback Nate Hairston.