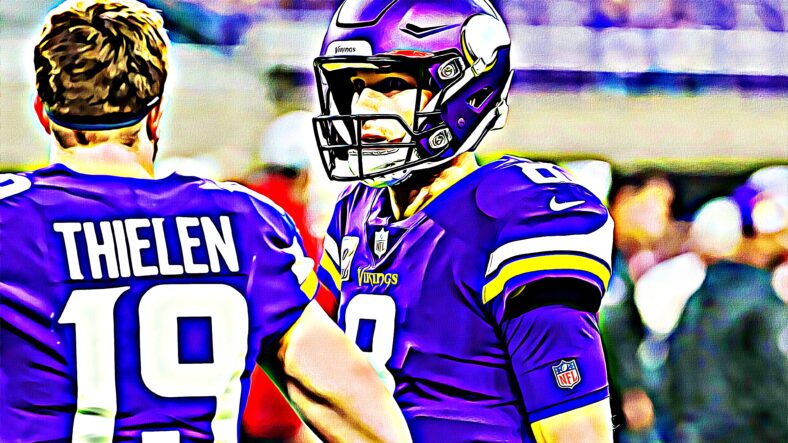 The Minnesota Vikings completed an offseason overhaul of the team’s general management and coaching staff. Then, that new batch of leaders left the existing roster primarily intact, hoping to emulate the Los Angeles Rams push to the Super Bowl in 2021 behind Matthew Stafford — but with Kirk Cousins instead.

That’s the plan, anyway, and not everyone agrees with the wisdom of the strategy. One of the most reliable salary cap websites, OverTheCap.com, is led by an analyst named Jason Fitzgerald. And he’s one of the credible pundits flummoxed by the Vikings run-it-back mentality.

Speaking with The Athletic, Fitzgerald opined on the 2022 Vikings:

There’s no long-term vision right now at all. I don’t get it. I thought that they would look at this and be like, ‘We’ve got some older assets on this team that we can trade away and use to get better. At the very least, try to stabilize our salary cap so that we have opportunities to get better players in free agency (down the road).’ They just went out and did what they did. {…} They’ve perpetually committed to being a team that wins anywhere from seven to nine games a season.

Coincidentally, this is the criticism shared by some Vikings fans, too. While some see the efficacy of trying to push the current roster toward the postseason under a new head coach, others are convinced it’s a stale continuation of assured mediocrity.

And for that camp of skeptics, one man is chiefly responsible — Kirk Cousins. The Vikings quarterback owns an exactly-average quarterback record of 59-59-2 (.500), so fans who believe in the legitimacy of an individual win-loss record inside a 53-man team sport blame Cousins. Strangely, though, the aforementioned Stafford’s “quarterback record” of 74-90-1 (.451) before joining the Rams doesn’t register the same scrutiny from fans. “QB wins” are a just metric for Cousins but were not for Stafford in Detroit.

When a cap analyst like Fitzgerald taps the Vikings with a seven-to-win ceiling, it’s an assumption that teams led by Cousins are not capable of more.

Ultimately, Kevin O’Connell and Kirk Cousins are responsible for disproving men like Fitzgerald. If they do not, the Vikings are likely to move from Cousins in the 2023 or 2024 offseason — and Fitzgerald’s opinion will be vindicated.