Kirk Cousins in Unwavering about Future with Vikings 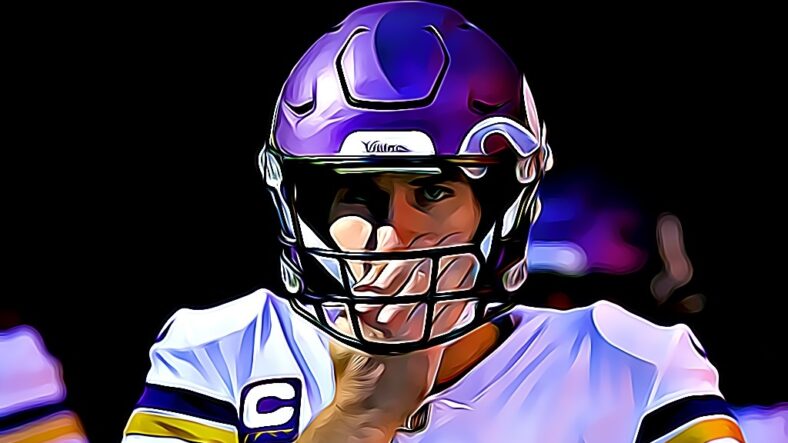 Minnesota Vikings quarterback Kirk Cousins has said it before, and he’ll say it again — left up to him, 33-year-old will retire with the franchise.

He does not want to leave.

Cousins joined the Vikings in 2018, a solution formulated by former general manager Rick Spielman to put the Vikings over the top after an unsuccessful NFC Championship appearance in 2017. But the experiment malfunctioned, as Cousins and the Vikings have reached the postseason just once in three attempts.

Now, though, Minnesota cleaned house this offseason, terminating the aforementioned Spielman and head coach Mike Zimmer. In their stead, Kwesi Adofo-Mensah and Kevin O’Connell were hired, two youth-infusing personalities for the Twin Cities.

Together, Adofo-Mensah and O’Connell evaluated the quarterback position, determining Cousins was the right guy for the job — at least for two more years. The news was surprising to some because Cousins is often finger-pointed as the “problem” with the enterprise. For example, a faction of Vikings fans believes Cousins’ 34 total touchdowns to seven interceptions in 2021 simply isn’t good enough. They want more — or merely someone else to throw to account for the 34 paydirts and seven picks.

One of Cousins’ strengths is durability, refusing to miss games during his NFL career. When he contracted the coronavirus in December, it was the first time he’d missed a game to “injury” in his entire career. So, that type of durability is advantageous for a player yearning to retire with a franchise.

The Vikings will spend the next two years — especially the 2022 season — figuring out if pairing Cousins with O’Connell was the right move. The last three months would’ve been the perfect time to “tear it down” and rebuild from a branding standpoint, but the Vikings ownership scoffed, instead doubling down on the notion Cousins’ 4,000+ passing yards and 30+ touchdowns per season [like clockwork] can be unlocked by somebody for team prosperity. And they believe that man is Kevin O’Connell.

Cousins will soak up $35 million from the salary cap in each of the next seasons — money is the primary criticism of the man — mandating he perform at an upper-echelon level. Per average annual salary, Cousins is the seventh-highest paid quarterback in the league.

Too, if Cousins gets his wish and retires with the Vikings, that number will only escalate annually as the salary cap inflates.