The Almighty Litmus Test for 2022 Vikings 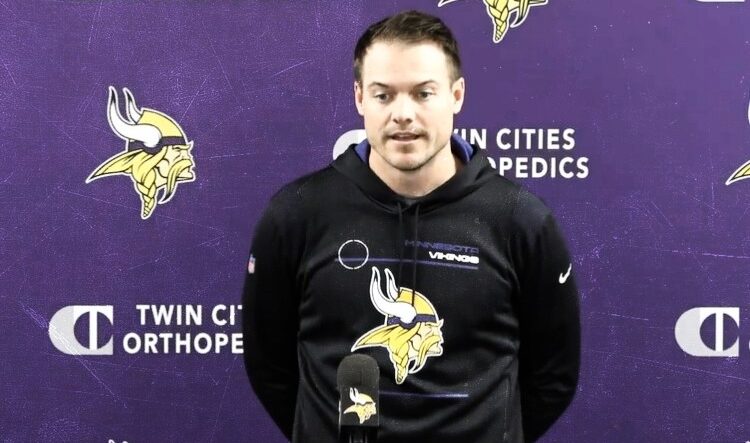 Based on new general manager Kwesi Adofo-Mensah’s actions to date with the Minnesota Vikings, the franchise is counting on the 2021 regular season as a close but no cigar type of campaign, needing only a new staff of coaches to tweak the team into the postseason.

Some believe that is foolish; others emphatically agree. But it is in the state of play because, otherwise, Adofo-Mensah would’ve traded Kirk Cousins and other big-contract veterans.

Minnesota is operating under the answer to a gridiron litmus test — was the 2021 team truly just a “few bounces away” from the playoffs, bungling games when it mattered most due to poor coaching? The Wilfs, Adofo-Mensah, and Kevin O’Connell evidently say yes.

Here’s the stat that drove Vikings social media nuts this week, used by some as a “they were this close” metric, while others panned the tweet as a false-hope vehicle:

Sharp lassoed the Vikings with Buffalo Bills and Green Bay Packers, proving Minnesota was at the top of the list for combined wins and close games.

What the stat really proves? Well, the Vikings were only blown out once, and that was versus the Packers at Lambeau Field without Kirk Cousins. But because the Vikings were wrapped in so many tight games — plus winning the rest — Sharp seems to insinuate they’re not far off from relevance.

The reader of the Sharp tweet, if interested in the Vikings implication, must ask, “Does losing close games mean the team could right wrongs in 2022 under a new head coach?”

Respondents to the tweet varied in interpretation. One man called it “the absolute worst stat for Vikings Twitter to see.”

Others, of course, took the information as an affirmation that the team “isn’t far away” from legitimacy. The Vikings tied the NFL record in 2021 for most games decided by eight points or less in a single season. There were 14 such contests. Seemingly every Vikings game on Sunday, Monday, or Thursday was an anxiety-riddled affair.

This debate, illustrated by Sharp, will continue into the summer — all the way to Week 1 of the regular season. The Vikings new brand of leadership believes the franchise is knocking on the door of playoff contendership. Those who decry the close-game litmus test as fools good tend to surmise Minnesota is delaying the inevitable rebuild. Incidentally, that’s the faction typically wanting to be through with the Cousins Experiment.

Overall, use the next five months to decide your answer on the litmus test. Were close-game losses a product of faulty coaching? Or is the roster flatly not very good and too thin to contend?