A Viking Is Called Elite 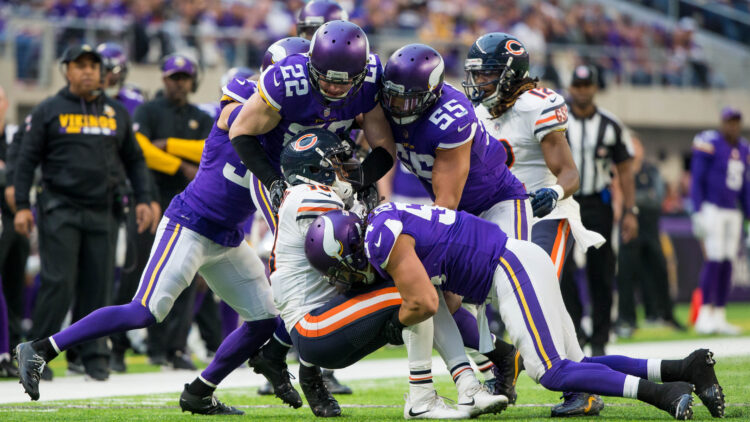 PFF ranks players in every position in specific tiers.

Kirk Cousins was ranked comically low in a tier named ‘Play-Action Merchants’ despite playing better than multiple players above him per PFF. Not just by opinions of subjective Vikings fans, but according to PFF grades.

Justin Jefferson, in the meantime, was part of the elite tier. However, ranking him as the seventh-best receiver in the NFL seems disrespectful. Jefferson leads the league in receiving yards in the last two seasons with 3,016. He was the second and the fourth-best receiver per PFF grades in his only two seasons in the league. One of the most consistent players on the Vikings roster in the last decade, however, was placed in the elite tier.

Since Eric Kendricks was drafted in the second round of the 2015 draft, he has been the middle linebacker of the Vikings. And he’s not just that. He is the backbone of the defense. Without him, the unit falls apart. In the last two seasons, the star linebacker missed seven games. In those seven games, the defense allowed an average of 30.86 points per game.

PFF’s respect for Kendricks is nothing new. In 2019, he was the company’s ranked player at his position. In 2020, he played at an elite level again and was the third-ranked linebacker. 2021 was a down year for him, as he dropped to the 37th spot. However, his coverage grade remained in the top ten.

The tier Kendricks landed in is called ‘The Elite Few.’ Sam Monson, the writer of the article, started his explanation with the following words:

“The best linebackers in today’s league are elite coverage players, but they can also affect the game in other ways.”

Kendricks is one of the elite coverage linebackers in the league, as he covers tight ends and running backs like an elite cornerback. On some plays, he is asked to cover slot receivers and does a marvelous job and doesn’t look like a linebacker. The cover skills are truly on an elite level. He intercepted opposing quarterbacks five times in the last two seasons. In addition to that, he leads the team in tackles every season.

“Kendricks is one of the game’s best coverage linebackers, able to consistently squeeze throwing lanes and make plays on the ball once it’s in the air.”

Since his college days at LSU, Kendricks played next to Anthony Barr. Barr is still a free agent and will, most likely, not be a Viking in 2022. Kendricks will have a new running mate. As his replacement, the organization signed Jordan Hicks in free agency. Hicks was the 24th ranked linebacker against the run per PFF, while his coverage grade wasn’t very high. He’ll be a perfect complement to Kendricks in the new defensive scheme implemented by the new defensive coordinator, Ed Donatell.

The Vikings need the tandem to play at a high level, to turn the struggling defense of the last two seasons around. Hicks wasn’t the only acquisition in the offseason to reach that goal. The top two picks in the draft addressed the secondary. Lewis Cine and Andrew Booth Jr can make an immediate impact on the defense. In addition to them, the team signed a big-time free agent, Za’darius Smith. In the defensive line, Kwesi Adofo-Mensah brought in a new defensive tackle when he signed Harrison Phillips. A good defensive tackle is the best friend of a linebacker, as his task is to keep the offensive linemen away from him. Without an offensive lineman in his face, Kendricks’ instincts take over, and he can make plays in the backfield and stop the run.

Kendricks playing at his 2019 and 2020 All-Pro level would be a big reason for a successful year on the defensive side.