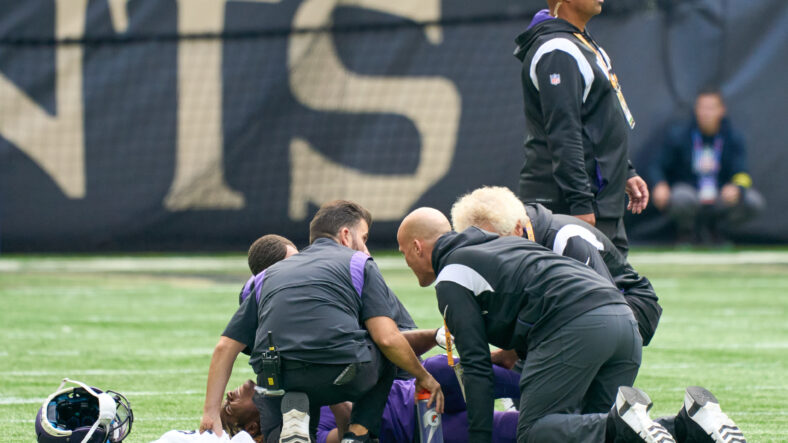 The Vikings selected Cine with the 32nd overall pick in the 2022 NFL Draft, but it seems his breakout in the league will likely be postponed to 2023.

Minnesota has used Cine as a special teams asset through three games, only allowing the Georgia alumnus on the field for defense one time — a single snap in Week 2. And on special teams, Cine succumbed to the injury that will sideline him indefinitely. The following video is graphic.

Cine, 22, was a star at Georgia as a National Champion in 2021, First-Team All-SEC selectee, and National Championship Defensive MVP. Most believed Cine would start for the Vikings 2022 defense, but the plan was evidently to work him gradually.

His peers reacted to the news on Sunday.

The same goes for The Athletic‘s reporter for the Vikings.

And the Vikings team reporter confirmed Cine would remain in London for surgery.

Without Cine, the Vikings will rely heavier on backup safeties Josh Metellus (who played wonderfully in Week 3) and Myles Dorn from the practice squad.