Vikings Wins over DET, CAR Might Have Prevented Trade of CB 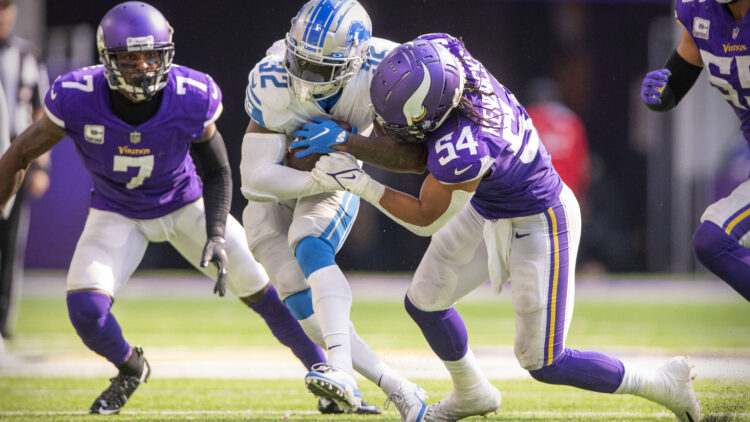 Remember last season when the Minnesota Vikings traded Yannick Ngakoue to the Baltimore Ravens after a 1-5 start of the season?

That allegedly could’ve happened again, according to Mike Sando of The Athletic.

The Ravens lost cornerback Marcus Peters to a season-ending injury, and the organization perhaps had eyes on another Peter-related name.

Per Sando, a Baltimore trade with the Minnesota Vikings for cornerback Patrick Peterson felt like a classic, potential Ravens-like move. Sando wrote on Monday:

“The Ravens are 5-1 and appear happy with the development of their young pass rushers. They still could use a cornerback after losing Marcus Peters to a season-ending injury. If the Vikings had lost Sunday, I wondered if Patrick Peterson might have been a good fit for Baltimore. One exec loved the fit, calling Peterson a classic Ravens-type add, but with Minnesota winning and Peterson suffering an injury Sunday, that seems like a stretch.“

The logic adds up – without Vikings wins over the Detroit Lions and Carolina Panthers (a moot point now) – the franchise would be 1-5. And that’s the exact spot they inhabited last year when they traded defensive end Yannick Ngakoue to – you guessed it – the Baltimore Ravens.

The trade involving Ngakoue didn’t work out so hot for Baltimore in 2020. They played Ngakoue for 348 defensive snaps, squeezed three sacks out of him, and watched him walk away via free agency for nothing besides a 4th-Round compensatory pick in 2022. The Vikings netted defensive end Patrick Jones II and a 2022 conditional 5th-Round draft pick in the deal.

Indeed, had the Vikings stumbled to a 1-5 record (again), the prospect of the remaining schedule and general outlook would be markedly different. Many Vikings defenders are playing on one-year deals in 2021, so their exoduses to contending teams at the trade deadline would be believable.

In the meantime, Vikings cornerback Cameron Dantzler and Harrison Hand will see more action. Because of Peterson’s success through six games and the continued dedication to Bashaud Breeland, Dantzler and Hand have not played too much in 2021. But that will change – especially for Dantzler – on Halloween night.

Any team that perceived itself as a contender, only to encounter a 1-5 record, might sell some players at the trade deadline. Had the Vikings choked versus the Lions and Panthers – they were damn close – the exploration of Peterson to Baltimore might hold weight.

Now, though, he’s injured, and the Vikings possess a renewed sense of contendership as the team seems to be jelling offensively and defensively. The full verdict on that is upcoming.

But, hey, when a team wins games – they end up keeping good players to pursue the playoffs. Thus, Peterson will not be traded to Baltimore like Ngakoue in 2020.

Thank God for Kirk Cousins and the Greg Joseph kick against Detroit, huh?