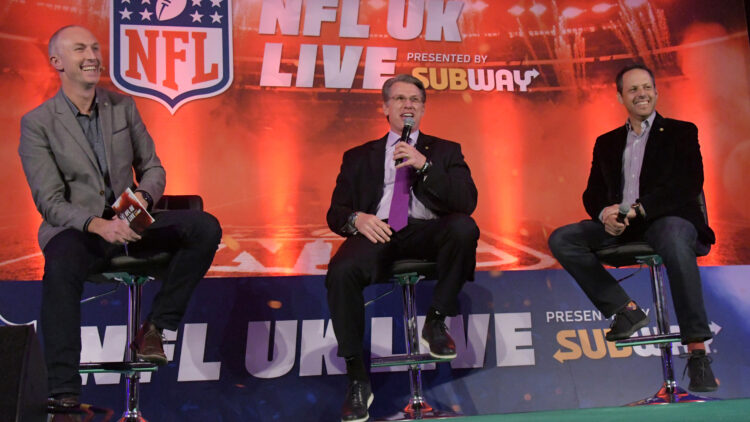 The NFL trade deadline occurs on November 2, and trades in football are more prominent now than in decades past. In the 1990s, for example, trades were typically a more frequent function of MLB and the NBA.

But now, the NFL is more inclined to join the fun.

So, on Wednesday, ESPN spitballed a player from each team that might be on the move, picked by a reporter familiar with the franchise. Notably, Deshaun Watson, Jordan Love, and Michael Gallup were referenced for non-Minnesota Vikings players that could be dealt before the deadline.

For the Vikings, ESPN’s Courtney Cronin theorized defensive end Stephen Weatherly as a candidate for barter. Because Everson Griffen has thrived so far in his return to Minnesota, the EDGE spot is deeper than believed during the summer. Cronin noted on Weatherly:

“With Everson Griffen playing his way into the starting lineup and D.J. Wonnum next in line, Stephen Weatherly hasn’t gotten a whole ton of run as a rotational edge rusher. His snap count has dwindled into the single digits the past few weeks after he took a $500,000 pay cut to avoid being released at the start of the season. The Vikings’ defensive line is one place they aren’t hurting for depth, so if Minnesota could land a sixth- or seventh-round pick for Weatherly, expect the team to deal him at the deadline.“

And this one adds up. The Vikings are right in the middle of being kinda-sorta deep on their depth chart – not terribly equipped with lavish riches anywhere but also not down to nubbins at any position.

When Weatherly was signed last March – he was the first Vikings free-agent signee of the period – some believed he’d be the solution at right defensive end opposite Danielle Hunter. Unexpectedly, D.J. Wonnum lapped Weatherly in the summer during training camp and preseason, while the dagger for Weatherly’s dreams of playing time was inserted when the aforementioned Griffen came home.

Out of the gate, Griffen looked tremendous in the preseason – and that success carried over to the regular season. Griffen ranks 18th in the NFL among EDGE rushers for Pro Football Focus grade (77.9), notably outgrading players like Khalil Mack, Chase Young, and Cameron Jordan. He’s on pace for 14 sacks, a figure leaps and bounds higher than folks speculated when Griffen rejoined the team.

He’s getting the defensive snaps – deservedly so – and Weatherly is not. Griffen has received 64% of all defensive snaps, outshining Weatherly’s 20% through six games of 2021. And Weatherly probably believed back in free agency his allocation would be near the 64%. It’s just not happening.

The hypothetical market for Weatherly wouldn’t be rambunctious. In his career, Weatherly has registered a total of six sacks – in six seasons. His current 61.8 PFF grade is commendable, but it is not presently good enough to supplant Griffen.

What’s more, Cronin is correct about his price tag. Weatherly would not command more than a 6th or 7th Rounder, but he could be utilized more with a team that does not possess big names like Danielle Hunter and Griffen.

If Weatherly left the team, Griffen would firmly solidify his grip on the RDE1 job – he’s heading in that direction already. Meanwhile, Wonnum would experience more growth via gametime, and the rookie Patrick Jones II could see some live action. Jones has none to date.

Vikings general manager Rick Spielman does not trade players too much inside a regular season. However, if Minnesota was interested in moving a player, Cronin is correct that Weatherly would likely be the guy.