For Vikings, Welcome to WFT and 49ers Anti-Fandom 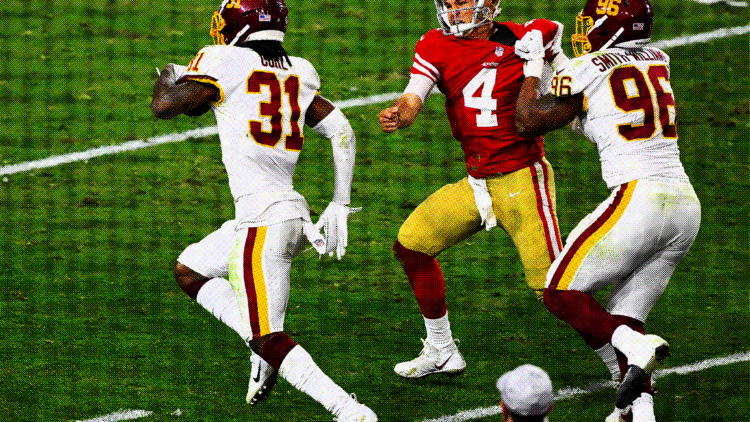 If you’re in the camp that seeks to “fire everyone” or “don’t even bother playing” in the wake of the Minnesota Vikings loss to the Detroit Lions, the following several paragraphs are not for you.

The Vikings goal remains to make the playoffs and “see what happens” if they reach the tournament. After losing to Detroit, who had zero wins before meeting the Vikings in Week 13, the playoff prognosis is bleak. According to the New York Times playoff predictor, Minnesota owns a 28% probability of participating in playoff football.

But head coach Mike Zimmer and his players continue striving toward wins, despite how frustrated fans might be after a loss. It’s their job.

As a rule of thumb – write this down – the Vikings generally need to win four of their last five games to play meaningful January football. Winning 80% of the remaining schedule feels like an extreme longshot now, but stranger things have happened.

In that regard, Minnesota comes damn close to controlling its own destiny. Win four out of five, and they’re in can be a silly motto to remember for December and early January.

The act of the Vikings defeating a foursome inside a schedule consisting of the Steelers, Packers, Rams, and Bears twice is unlikely. Zimmer’s team simply isn’t good enough for that expectation.

Ergo, if you want the Vikings to tip-toe into the postseason, you should cheer against the 49ers and Washington Football Team. Those teams stand in the way of the Vikings pursuit of the sixth or seventh seed. And the 49ers are especially tricky because they slapped the Vikings around just over one week ago. Minnesota must finish one game higher in the standings than San Francisco to sneak past them in playoff standings.

This is the 49ers upcoming schedule:

at Cincinnati
vs. Atlanta
at Tennessee
vs. Houston
at Los Angeles Rams

If the Vikings go 3-2 in the next five games, the 49ers must finish 1-4 – wildly unlikely. But again, nothing in sports is impossible. A 4-1 record from the Vikings mandates a 2-3 finish from the 49ers. And so forth.

So, relying on a 49ers collapse is a stretch. Plus, Kyle Shanahan’s team has the almighty tiebreaker over Zimmer’s squad. That’s the kicker.

That’s an NFC East-laden adventure not necessarily desirable for a banged-up Washington club. Unlike the 49ers, the tiebreaker for the Vikings would likely be favorable if Minnesota and Washington finish with the same record. The Vikings merely need a win-loss record one game better than Washington in the last five games to nudge Taylor Heinicke’s team from the playoffs. If Minnesota goes 3-2 the rest of the way, the Vikings need Washington to be 2-3, etc.

The 49ers and Football Team are in the mini-driver seat for the postseason (the sixth and seventh seeds). If one of those teams melts down in the coming weeks, the Vikings, Eagles, Panthers, Saints, and Falcons all have a puncher’s chance at the playoffs.