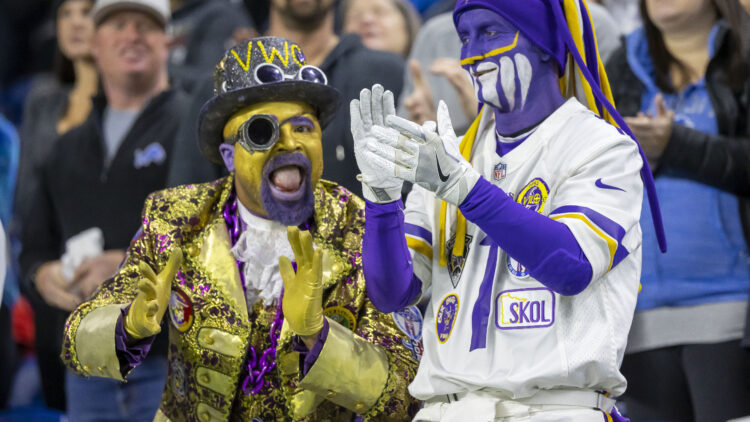 Dec 5, 2021; Detroit, Michigan, USA; A couple of Minnesota Vikings fans having fun in the first half against the Detroit Lions at Ford Field. Mandatory Credit: David Reginek-USA TODAY Sports