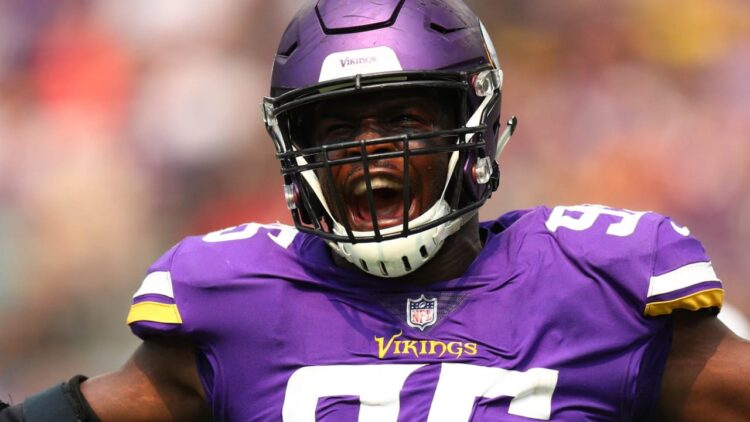 The Minnesota Vikings have retained all of their 2018 practice squad members. Ten players who comprised the group are now under contract for next season. The team signed the following players to reserve/futures contracts on Wednesday:

The Vikings are allowed to have up to 90 players on the roster during the offseason. All ten of these guys will be presumably be part of spring drills barring any further transactions. Which, considering the age of some of them, could be a real question mark.

Badet (pronounced bah-DETT) is a small but speedy receiver out of Oklahoma. During his senior season with Baker Mayfield throwing him the ball, he caught 26 passes for 400 yards and three touchdowns. Badet has noticeable explosiveness and while he wasn’t a major standout during his first NFL training camp, he does have a history of returning kicks and punts. Coaches love that versatility. Here’s a highlight from his first camp with the Vikings.

Jeff Badet with a nice catch on a pass from Kyle Sloter #Vikings pic.twitter.com/jgdzY1jdzM

Bisnowaty (25) was a 2017 sixth-round pick by the New York Giants. He did not make the team’s active roster but spent his rookie season on New York’s practice squad. Since then he spent time with the Detroit Lions and Carolina Panthers. He had a history with injuries during college (at Pitt) and his NFL.com draft profile described his ceiling “as a low-end starter while his floor is fighting for a roster spot within a couple of years.”

Cliett (pronounced KLY-ett) played college football at South Florida. He was drafted by the Houston Texans in the sixth round of the 2015 NFL Draft but missed his entire rookie season due to a torn ACL. The following spring the linebacker was released. Cliett then had short stints with Denver, New York (Jets), Arizona, Tennessee and Kansas City before landing with the Vikings. He’s now 26 years old.

Cothran signed with the Vikings as an undrafted free agent out of Penn State. The 23 year old is considered a project at defensive tackle who has above average athleticism for his size but needs to work on his “playing strength.”

Edison spent six games on the Bears’ active roster in 2016. He was signed by the Falcons as a free agent in 2017 but was released during roster cuts. He was signed to Minnesota’s practice squad in October of 2017. As a member of the Vikings he was the team’s starting center during training camp last summer as well as the beginning of the preseason. He looked good for a while and although he still needs to improve, he could be in the mix for a backup spot next season. Edison is currently 25 years old.

Considered the “safety valve” for quarterback Lamar Jackson during his college days, Hikutini signed an NFL deal with the San Francisco 49ers as an undrafted free agent in 2017. He spent four games on the active game-day roster his rookie season, catching two passes for 15 yards. Hikutini (pronounced hick-uh-TEA-knee) was then picked up by the Vikings in September of 2018 after being waived during roster cuts. The 24 year-old played college ball at Louisville.

I assume every Vikings fan knows by now that Myrick is a former Minnesota Golden Gopher. The 23 year-old was drafted in the 7th round by the Jacksonville Jaguars in 2017. He was active for five games his rookie season, seeing snaps as a reserve cornerback and special teams contributor. The Vikings picked up Myrick after he was released by the Jaguars during roster cuts. He was frequently released and re-signed to the practice squad this season. According to his NFL.com draft profile Myrick is seen as a slot cornerback (due to his size) who because of his speed could make his way to the active roster via special teams.

Norton joined the team’s active roster for one game this season (Week 8 vs. Saints) but spent the rest of the year on the practice squad. The 24 year-old out of Toledo originally joined the Vikings in December of 2017 as a member of the practice squad. He previously had stints with the Detroit Lions and Arizona Cardinals.

Odenigbo opted to stick with the Vikings after the Philadelphia Eagles attempted to sign him to their 53-man roster in December. With the future of starting defensive end Everson Griffen possibly in doubt, “Big O” has a chance to earn his way onto the 53-man roster next season.

Thomas spent the first nine weeks on the team’s active roster. He was waived on November 7th after the Vikings acquired Ameer Abdullah, but was signed to the practice squad the following day. Thomas was one of four players to make the 53-man roster as an undrafted free agent following training camp (Boone, Hill, Zylstra).