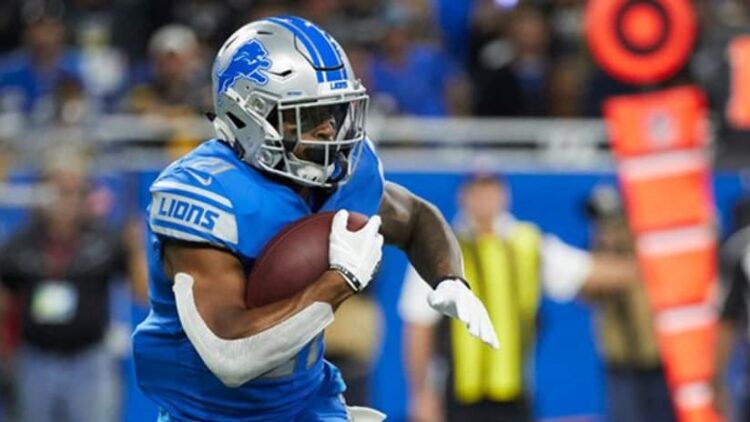 According to Adam Schefter of ESPN, the Minnesota Vikings on Wednesday added running back Ameer Abdullah to the roster. Abdullah, who was claimed off waivers, was waived by the Detroit Lions on Tuesday.

As a Lion, Abdullah started 22 games over four seasons. The 25 year-old rushed for 1,251 yards and six touchdowns while gaining 3.8 yards per carry. During that same time he caught 57 passes for 420 yards with three touchdowns.

Abdullah (5-9, 203) is known for his speed and soft hands out of the backfield. He could also be used as a kick returner. In 2015, his rookie season, Abdullah returned 37 kicks for 1,077 yards — an average of 29.1 yards. He’s had some issues with fumbles in the past (8 in 35 games played) but he’s earned a top-15 running back receiving grade every year he’s been in the league (per Nick Olson’s twitter feed).

To make room for Ameer Abdullah, the Vikings have waived RB Roc Thomas, per source.

In a corresponding roster move, the Vikings waived running back Roc Thomas. Thomas was brought in as an undrafted free agent out of Jacksonville State. The 23 year-old played well for the Vikings throughout training camp, the preseason and during limited time in the regular season. He rushed for 30 yards on 8 carries, which coincidentally equals the same career yards per carry (3.8) as Abdullah.

Thomas, who was injured during the Week 8 game against the Saints, did not play last week due to a hamstring injury. He was apparently NOT waived with an injury designation. The Vikings may look to sign Thomas back to the practice squad if he clears waivers.

The move is a bit of a head-scratcher considering that Thomas is two years younger and has plenty of potential, but Abdullah has plenty of the latter himself. We’ll see what the Vikings are able to get out of him. What do you think of the move?