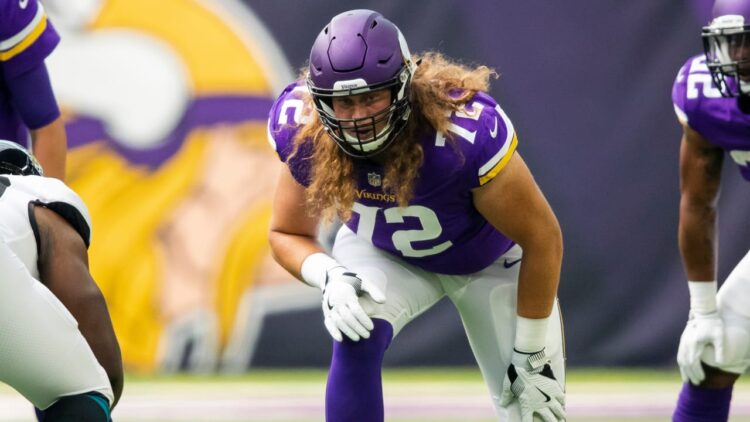 “The calm before the Storm has ended.”

“The Vikings are about to unleash… a Storm.”

“Despite playing indoors, the Saints will need to weather the Storm.”

Don’t pay too much attention to the quotes… I’m just getting them warmed up in case the Vikings have just activated their next great offensive lineman. Now clearly the odds are against him (I doubt he’ll even be active for the game), but for my sake let’s hope he sticks so I can keep using these storm puns.

The Vikings on Saturday made a number of roster moves prior to Sunday’s game against the New Orleans Saints. The headliner: offensive tackle Storm Norton was promoted to the 53-man roster and defensive tackle David Parry was waived.

Parry was added to the roster last week when it was not known whether or not starting nose tackle Linval Joseph would miss any time. With Joseph ruled out, Parry played as part of a rotation that included defensive tackles Jaleel Johnson and Tom Johnson. The fact that Parry was waived would lead one to believe that the Vikings feel confident that Joseph will play.

Norton (6-7, 317) was on the practice squad for the first seven weeks of the season. He was acquired by the Vikings in December 2017 after being waived by the Detroit Lions. Norton played college football at Toledo and is 24 years-old. The Vikings “calling-up” Norton should be of no surprise considering the injury designations given to Tom Compton (OUT) and Riley Reiff (DOUBTFUL).

The #Vikings have elevated @stormnorton74 to the active roster and waived DT David Parry.

Cothran (6-5, 283) returns to the practice squad after being released on October 24th. He, like Norton, spent the first seven weeks on the Vikings practice squad. Cothran was originally signed by the Vikings a rookie free agent out of Penn State.

Since Wynn is on the PS/injured list he does not count towards the 10-man practice squad. One spot on the practice squad remains vacant. We’ll keep you posted on which player is added to fill the void.