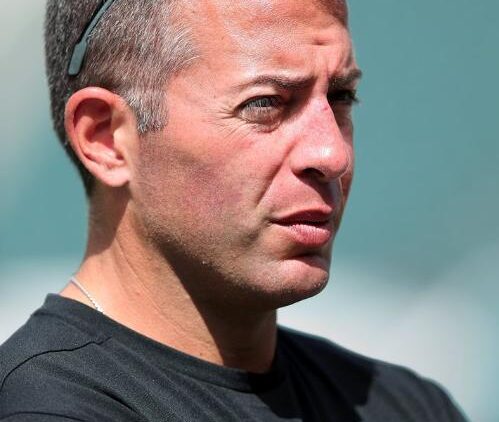 According to Adam Schefter of ESPN, the Minnesota Vikings have named John DeFilippo as the team’s new offensive coordinator. DeFilippo replaces Pat Shurmur, who left Minnesota to become the head coach of the New York Giants.

DeFilippo, 39, began coaching in the NFL in 2005. His first job was offensive quality control coach for the New York Giants under head coach Tom Coughlin. He then became the quarterbacks coach for the Oakland Raiders (2007-2008) under Lane Kiffin. He held the same position for the New York Jets (2009) under Rex Ryan. After a two-year stint in college football with San Jose State (2010-2011), DeFilippo returned to the Raiders. He was again the quarterbacks coach, this time under Dennis Allen (2012-2013) and then interim head coach Tony Sparano (2014). “Flip” was hired as the Cleveland Browns offensive coordinator in 2015 under head coach Mike Pettine (now Packers defensive coordinator). Both coaches were let go after the season. DeFilippo took over as the Eagles QB coach in 2016 under head coach Doug Pederson.

According to general manager Rick Spielman, head coach Mike Zimmer has the final say in coaching matters. Both Spielman and Zimmer said chemistry was a main factor in determining the right person for the position. Considering how long the team waited to interview DeFilippo, it appears he was a top target all along.

DeFilippo will join forces with rest of the Vikings staff as the team decides what to do at the quarterback position moving forward.