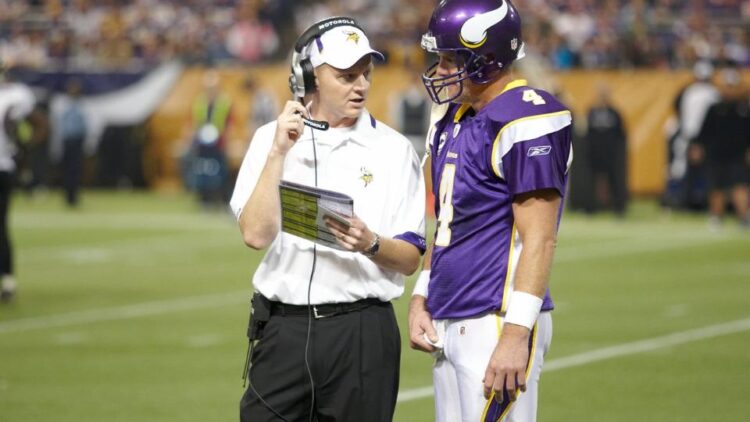 According to CBSSports.com reporter Jason La Canfora, the Vikings will interview Darrell Bevell regarding their open offensive coordinator position later this week.

Bevell interviewed with the Arizona Cardinals for their vacant OC job on Monday.

Bevell broke into the NFL as an assistant QB coach with the Green Bay Packers in 2000. He was promoted to quarterbacks coach in 2003.

In 2006 Bevell was hired by the Minnesota Vikings as offensive coordinator. He served in that role until 2010. During that time it was then-head coach Brad Childress, not Bevell, who was responsible for calling plays.

In 2011 Bevell was hired by Pete Carroll to coordinate the offense of the Seattle Seahawks. After a disappointing 7-9 season in 2011 with quarterback Tarvaris Jackson under center, the Seahawks drafted Russell Wilson, who was heavily scouted by Bevell. The Seahawks won the Super Bowl two years later (February 2014). Seattle finished with records of 11-5, 13-3, 12-4, 10-6, 10-5-1, and 9-7 the next six years.

This season the Seahawks offense sputtered behind a shaky offensive line. Wilson led the league with 34 TD passes but the offense tied for last in the NFL with only four rushing touchdowns. The unit finished 15th in total yards, 11th in scoring, 23rd in rushing yards and 14th in passing yards. The Seahawks missed the playoffs for the first time since 2011. Bevell, 48, was fired by Seattle after the season.

The Vikings are looking to replace Pat Shurmur, who departed Monday to become the head coach of the New York Giants.

The quarterback situation anything but settled in Minnesota. The Vikings could be looking to garner a coordinator who has a “flexible” system that’s able to facilitate whichever QB the team chooses as its starter. The Vikings top three options at the position (Case Keenum, Teddy Bridgewater and Sam Bradford) are scheduled to become unrestricted free agents this offseason.