Report: Vikings and Eagles to Play in Season Opener at Philadelphia 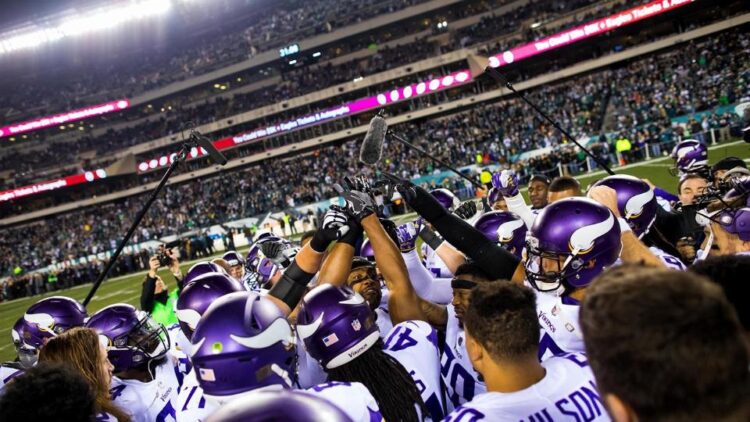 The 2018 NFL season will open with a rematch of the 2017 NFC Championship Game.

According to Philadelphia media member Howard Eskin, the Minnesota Vikings will travel to the City of Brotherly Love to take on the Philadelphia Eagles in the NFL season opener. The game will reportedly take place on Thursday, September 6th at Lincoln Financial Field.

The Vikings’ 2017 season ended in Philly with a 38-7 loss to the Eagles in January’s NFC Championship Game. The Eagles then went on to beat the New England Patriots (41-33) in Super Bowl 52 at U.S. Bank Stadium in Minneapolis.

The 2018 opener will mark the first opportunity for Vikings offensive coordinator John DeFilippo to face his previous employer. The game is also the expected debut for two of the newest Vikings; quarterback Kirk Cousins and defensive lineman Sheldon Richardson. Both players signed with Minnesota last week as unrestricted free agents. Cousins signed a fully guaranteed 3-year, $84 million contract and Richardson agreed to a 1-year, $11 million deal.