NFC Championship Game Wrap: It Wasn’t 41-Donut, But It Sure Felt Like It 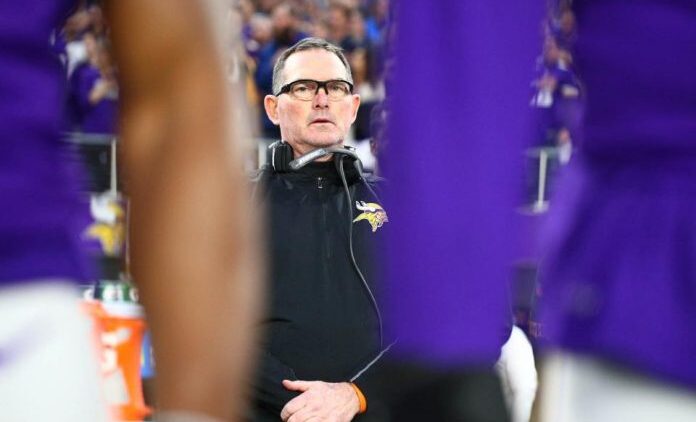 This is a guest post by Joe Oberle from our sister site, purplePTSD.com, you can also react to the game in our Message Board. You can also read the emtional reaction from Joe Johnson, titled ‘This “This Anti-Vikings’ Vikings Team Just Broke Our Hearts’ there as well.

Echoes of the Minneapolis Miracle might have lingered a bit too long this week, as the Vikings experienced a Mauling in Philly. The Philadelphia Eagles, who were three-point underdogs coming into the game, showed just what they what they thought of that: a “Foles” (rather than Skol) chant on the field with a quarter left in the game. The Eagles routed the listless Vikings 38-7 and punched their ticket to Minneapolis for SB LII. (The Vikings have to go back there anyway)

The Foles they were talking about was Eagles quarterback Nick Foles, who torched the Vikings defense for three quarters and collected three touchdown passes and a 141.4 quarterback rating. He looked more like Tom Brady on a good day than Case Keenum’s backup in Los Angeles who thought long and hard about retiring this past offseason.

But this loss was as much about the Vikings defense and the turnovers the offense provided. The Vikings didn’t seem to have an answer for anything that Eagles coach Doug Pederson threw at them. For the first time all season, they weren’t the best defense on the field and it resulted in an embarrassing blowout.

The Viking will have to regroup—and they will have a long offseason to do it—as the dream of being the first team to play the Super Bowl on their home field died at Lincoln Financial Field. There is one more Vikings game this season—for a few Vikings in the Pro Bowl, anyway—but there won’t be any joy in watching it.

The Vikings defense looked a little shaky on the first Eagles drive of the game giving up an early first down, but then they stiffened and forced a punt. That should have been our first clue that the Vikings defense was not themselves—at least not the No. 1 ranked unit in the league. Foles put these numbers up in the first half: 15 of 22 for 208 yards, 1 touchdown and 113.4 passer rating. That resulted from missed tackles (Anthony Barr and Xavier Rhodes), blown assignments (Terence Newman), lack of a pass rush (Everson Griffen) and things like Harrison Smith sucking in on a double move by tight end Zack Ertz. What started in the second half of last week’s game against the New Orleans Saints (giving up 24 points) continued in Philadelphia.

The second half of this game didn’t start any better with the Vikings, giving up a flea-flicker pass (Trae Waynes) for a touchdown. It’s hard to understand what happened here, but it was definitive and decisive. There is this stat: indoor teams are 0-12 (now 0-13) when playing a conference championship outside. The Vikings defense likes the noise generated in their own house, so, they will have to work on getting home field advantage throughout the playoffs next season.

“All the areas we were good at this season, we weren’t very good in tonight,” Brian Robison (who was non-committal on retiring) told KFAN. “First downs, third downs, we didn’t get any turnovers, allowed too many explosive plays. We just got beat in all facets of the game tonight.”

Case Keenum didn’t lose the game (even though he suffered two turnovers that became 14 points), but he didn’t do much to win it either. The first series (which are usually scripted) was a great one, as the Vikings moved down the field (via some great running plays) and scored. But even though they moved the ball in this game, the offense eventually self-destructed with a turnover and a turnover on downs after first and goal. His numbers on the game His numbers on the game—28 of 48 for 271 yards, a touchdown and two interceptions (for a 63.8 rating)—were not good enough, by a long shot. which were not good enough, by a long shot. The third pick for Keenum was his fault as it was thrown behind the receiver, but it just ended being icing on the cake for Philly. There was no cake for Keenum on this day. But it shouldn’t affect his ability to get a starting job here (or elsewhere) next season.

“I have no idea–I had plans for next week, obviously,” Keenum told KFAN radio. “But who knows. That is something that is another bridge that we’ll cross when we get there.”

When a season ends early, thoughts go toward the coaching staff, and the Vikings staff will get plenty of attention in the coming days. The staff has to take some blame in this one, and that all starts with the head coach. The thrill of last week might have been tough to put behind a team, but the minds of these players, particularly Zimmer’s defense, appeared to be somewhere else.

“I told the players that they got after us tonight, fair and square,” Zimmer said KFAN after the game. “We didn’t play well to win; I didn’t do a good enough job getting them ready.”

At least offensive coordinator Pat Shurmur won’t have to stay around too long to answer for this poor offensive showing. The word is that he is headed to New York to become the Giants next coach (and will have to face this Philly defense twice next season). Some changes are in the offing for the Vikings staff, and while I hate to lose Shurmur, some shakeup might be necessary after this rout.

With Adam Thielen nursing a sore back, and Stefon Diggs hurting his in the second quarter, tight end Kyle Rudolph was going to need to step up. He did on the first drive with a 25-yard touchdown reception in the first quarter and the Vikings only lead. Unfortunately, Rudy was heard from much the rest of the game—not many of the players did much.

Jerick McKinnon gets credit for yeoman duty in this devastating display on Sunday evening. Garbage time started early in this one, but McKinnon was working all day. He appeared to be the only receiver who could get open in the game, hauling 11 receptions for 86 yards. McKinnon makes a great case for himself for sticking around next season (as the bright spot for this offense is that Dalvin Cook returns next season). McKinnon should have a role, as well.

Stefon Diggs might have been behind McKinnon in the receiving game (eight catches for 70 yards), but he had another nice game. He suffered an injured back early in the game but returned to have a nice game. On a night when Adam Thielen had found a lot of tough coverage, Jarius Wright had three catches for 51 yards. It was important for him to have an impact and once again he came through. His contributions will be needed next season.

“I can’t really find the words to explain how I feel right now,” Wright said. “We didn’t play our best game today, but at the same time I am proud of this team. We’r a great team; we’re not going to hang our heads and we’re going to come back even stronger next year.”

The offensive line should look different next season, and after this game that might be welcome. Nick Easton will be back from his broken ankle, but Joe Berger is likely going to retire. The Vikings need another backup tackle, as Rashod Hill had another tough game. The line should be a major emphasis again this offseason.

Pick six. The Vikings gave up one in the first quarter to tie the game and give the Eagles the momentum change they needed. It was the first time that happened to the team all season. Keenum’s arm was hit on the play by Chris Long, so you can’t really hang it on him. Long beat Rashod Hill around the edge to disrupt Keenum. It was a good play by the Eagles and tough blow early for the Vikings that only leaded to more.

Strip sack fumble. With the Vikings moving into the red zone near the end of the first half, Derek Barnett got around David Morgan and turned the Vikings over for the second time in the game. The blocking scheme was undesirable as Morgan didn’t have much of a chance, and the cross-body block at Barnett’s feet was even less desirable and reduced Morgan’s chances of stopping him to zero. Two turnovers became two touchdowns—and led to a terrible loss.

I heard from my wife when the score became 31-7 in the third quarter: “C’mon guys don’t embarrass us. I would rather have the rest of the country ignore us than laugh at us.” It was a tough one to endure, for sure, even for those watching their second game of the season. The Vikings’ season shouldn’t be ending this soon—they deserved a better fate—but fate and miracles and other such things have little to do with life in the NFL. Bring on the draft.