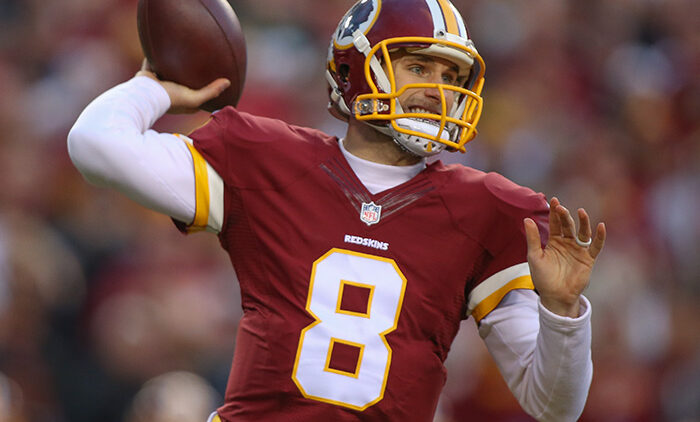 The Minnesota Vikings locked up the new face of the franchise at Twin Cities Orthopedics Performance Center in Eagan this afternoon.

Since taking over as the Washington Redskins starting quarterback in 2015, Cousins has put up very good numbers. He’s passed for at least 4,000 yards and 25 touchdowns the last three seasons. While that doesn’t mean his production will automatically translate to success in Minnesota, he will have a strong supporting cast around him.

In addition to having the league’s number one defense in 2017, there are a number of weapons on offense. The Vikings boast arguably the best wide receiver duo in the NFL with Adam Thielen and Stefon Diggs, a strong receiving tight end in Kyle Rudolph, and an explosive young running back coming back from injury in Dalvin Cook.

Ian Rapoport of the NFL Network reported the deal could be worth up to $90 million with incentives.

For Kirk Cousins and the #Vikings, this historic contract includes multi-faceted Super Bowl-related incentives that can push the deal to be worth $90 million over three seasons. He gets a $3M signing bonus and a base salary of $22.5 million in 2018.