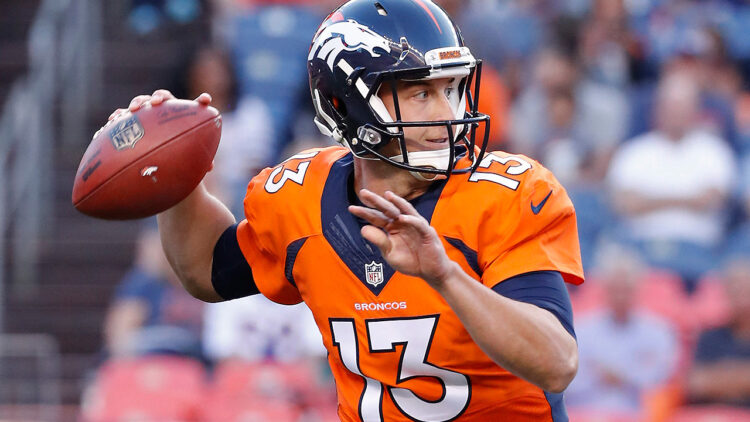 According to Ian Rapoport of the NFL Network, the Minnesota Vikings are finalizing a trade with the Denver Broncos to acquire quarterback Trevor Siemian.

The #Vikings are finalizing a trade for #Broncos QB Trevor Siemian, source said.

Siemian will serve as the backup quarterback behind starter Kirk Cousins.

The Vikings were in need of a backup after losing three quarterbacks in free agency. They were able to land a very affordable one. Siemian is making less than Case Keenum did last season. Keenum signed with Siemian’s former team, the Broncos, yesterday.

Broncos and Vikings are finalizing a trade for backup QB Trevor Siemian, as @rapsheet said.

Broncos will send Siemian and a 2018 late-round pick to the Vikings for a pick in 2019 draft, per source.

According to ESPN’s Adam Schefter, the Vikings will receive Siemian and a 2018 draft pick in exchange for a 2019 pick. Mike Klis of Denver media later reported the details; the Vikings send a 2019 fifth-round pick to Denver for a 2018 seventh-rounder and Siemian.