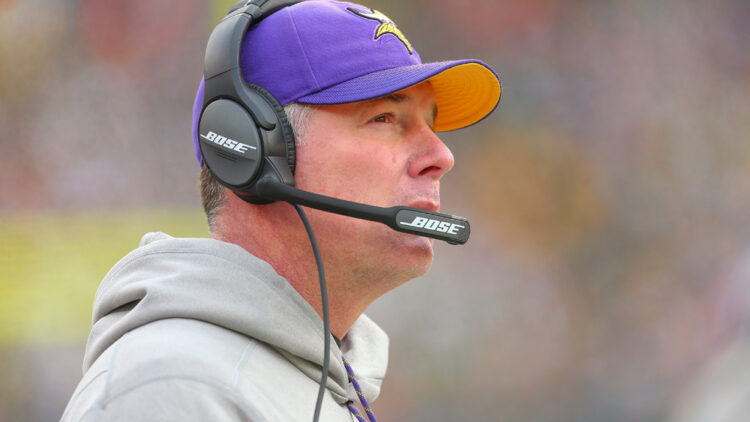 It would take another Minneapolis Miracle for the Vikings to retain Pat Shurmur in 2018.

According to Ian Rapaport of the NFL Network, Minnesota Vikings offensive coordinator Pat Shurmur is expected to become the next head coach of the New York Giants.

Shurmur was reportedly the leading candidate for the Arizona Cardinals head coaching vacancy as well. The 52 year-old interviewed with the Lions, Cardinals and Giants during Minnesota’s bye week in the first-round of the postseason.

However, Rapaport claimed that Shurmur will agree to a contract with the Giants once he is officially offered the position. The two sides cannot negotiate and the deal cannot become official until the Vikings season has ended.

If the Vikings win in Philadelphia Sunday, Shurmur can meet with interested teams from January 22nd to January 28th. Teams are allowed to communicate with Shurmur during the “Pro Bowl bye week” between the Conference Championships and Super Bowl. He originally met with the Giants and the Cardinals during the first round of coaching interviews in early January.

In all likelihood, the New York Giants will be the next landing spot for “the QB guru” Shurmur. The G-Men fired former coach Ben McAdoo in December, who appeared willing to move on from longtime Giants quarterback Eli Manning.

It’s unclear at this point whether Shurmur will try to bring one of the Vikings current quarterbacks to his new destination.