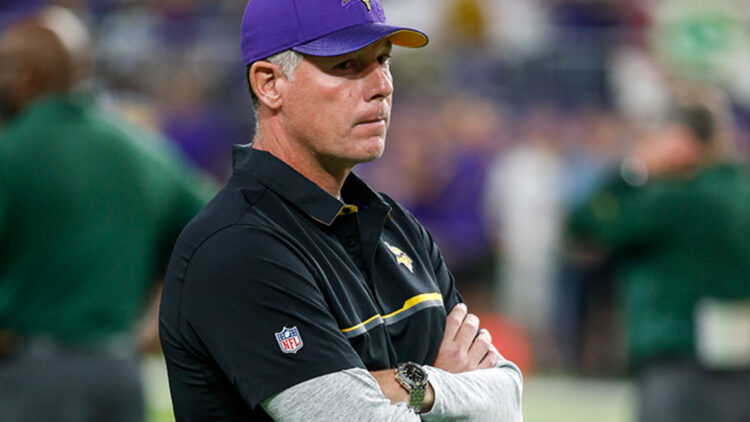 We appear to have a development in the Pat Shurmur head coaching situation.

According to ABC15 in Phoenix, Minnesota Vikings offensive coordinator Pat Shurmur is the leading candidate to take over as the Arizona Cardinals next head coach.

Sources told ABC15 sports that the Cardinals believe Shurmur is an “attractive candidate” in part because of the possibility of him luring quarterback Case Keenum to Arizona. Keenum is a free agent after the season.

Sources tell @FouhyOnSports that Pat Shurmur has emerged as the frontrunner for the Cardinals' head coaching job: https://t.co/3eL0kNSTnW pic.twitter.com/gvdTI9OOTe

Shurmur interviewed with the Cardinals last week during the Vikings bye. Arizona is looking for a new head coach after former coach Bruce Arians retired after the season.

The report states Shurmur is near the top of the wish lists of the New York Giants and Detroit Lions as well.

Although the 52 year-old remains in high demand, one team can be scratched off Shurmur’s potential list of destinations. Last week Chicago interviewed both Minnesota coordinators, Shurmur and defensive coordinator George Edwards. On Monday, however, the Bears hired former Kansas City Chiefs offensive coordinator Matt Nagy as their new head coach.

Despite attempts to get the #StayPat movement going on Twitter, it appears the offensive coordinator is destined for bigger and better things in the near future. Let’s hope he wins a ring in Minnesota before he leaves town.

Vikings Territory will keep you posted of any further developments.