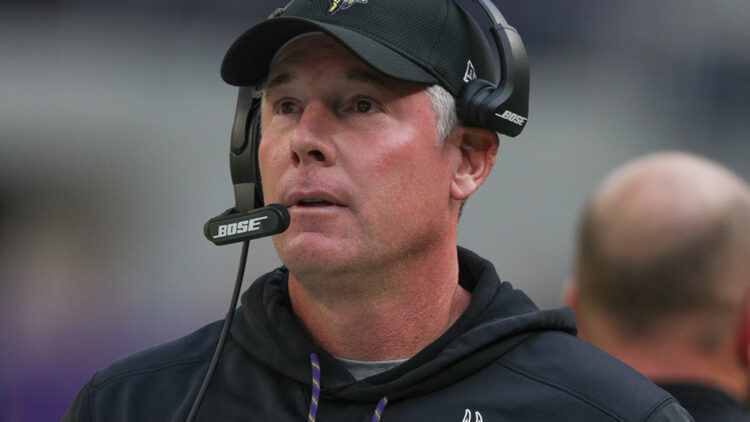 A man largely responsible for turning the Vikings offense around is being sought after to make the same changes for another NFL team.

According to Chris Tomasson of the St. Paul Pioneer Press, Vikings offensive coordinator Pat Shurmur has received interviews requests from multiple teams to be their new head coach, including the Detroit Lions, Chicago Bears and Arizona Cardinals.

On Monday, all three teams officially parted ways with their now-former head coaches. The Lions fired Jim Caldwell after a 9-7 finish to the season, the Bears fired John Fox after a 5-11 season and Bruce Arians of the Cardinals retired after Arizona finished 8-8.

The New York Giants and Cincinnati Bengals have also reportedly shown interest in Shurmur. The Giants fired Ben McAdoo last month and the Bengals appear to be moving on from Marvin Lewis. The Giants finished the season with a 3-13 record while the Bengals were 7-9.

Under the guidance of the previous offensive coordinator, Norv Turner, the Vikings offense finished 29th in the NFL in 2015. Turner quit mid-way through the 2016 season. Shurmur took over his post. Following multiple injuries to the offensive line, the offense sputtered and ended as the 28th-ranked unit in the league.

Offseason personnel changes highlighted a massive overhaul of the offensive line after the 2016 season. Those changes, along with Shurmur’s implementation of the West Coast scheme, led to an offensive resurgence. Under Shurmur’s guidance, the Vikings offense finished 2017 as the 11th-ranked unit in the NFL. Minnesota finished the season with the 7th-best rushing attack in the league just one year after finishing with the worst.

Since the Vikings have a first-round bye in the playoffs, teams are allowed to interview Shurmur during the week. Those interviews will take place in the Twin Cities according to Vikings head coach Mike Zimmer.