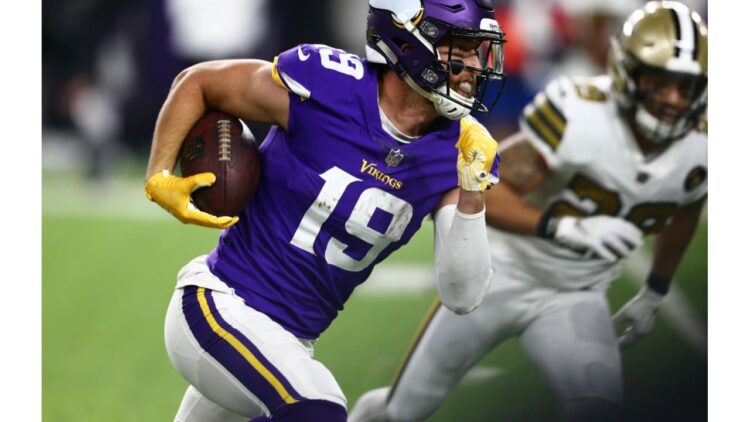 As of late, the Lions have been quite the nuisance to the Vikings, like trying to slip a sock onto a wet foot. And the record proves it. Minnesota is 3-5 against Detroit since Mike Zimmer became the head coach in 2014. Needless to say, this time around, the Vikings aren’t taking the Lions lightly.

“They do a good job of changing-up what they do each week in terms of their scheme, their fronts, their coverages,” said Vikings offensive coordinator John DeFilippo. “We’re going to get ready for some un-scouted looks and we need to start the game fast and play a cleaner game.”

Minus a few self-inflicted wounds, the Vikings had been playing better lately despite the loss at home last week to the Saints (6-1). In fact, a victory Sunday would be the team’s fourth win in the past five games. Danielle Hunter has eight sacks, wide receiver Adam Thielen will be seeking an NFL-record ninth consecutive game with 100+ yards receiving, the defense just held Drew Brees to 120 passing yards and Dalvin Cook is set to return from injury.

“I’m encouraged after the last four weeks” said Zimmer. “We got eight more games to go and that’ll always determine what we end up doing.”

As far as this week’s game, it would seems apparent that the Vikings should run the ball as much as possible. After all, Detroit boasts the worst rushing defense in the league. However, in trading for massive defensive tackle Damon “Snacks” Harrison from the Giants last week, the Lions greatly improved their run defense and defensive line. Detroit is a already strong team in the trenches, which is how they’re able to stay in most close games.

“I think that bringing in Harrison at the nose guard is a good addition for [the Lions],” said Vikings quarterback Kirk Cousins. “I think he’s a great player, I played against him in the NFC East a fair amount and always felt like he had a great impact on the game.”

Despite trading away wide receiver Golden Tate this week, the Lions still have plenty of weapons on offense. The biggest emphasis will be placed on quarterback Matthew Stafford, who has continuously been a thorn in the Vikings’ side.

“He’s always dangerous,” said Zimmer during Wednesday’s press conference. “[Stafford] has been great at fourth-quarter comebacks… He’s taking care of the ball well this year. He’s still got a big arm, can throw it anywhere on the field and his movement in the pocket is still excellent.”

Zimmer said the Lions are more committed to running the football, and one of the reasons why they’ve been so successful is the effectiveness of rookie running back Kerryon Johnson.

Another reason for Detroit’s success on the ground is the play of their offensive line. Zimmer named Frank Ragnow, Taylor Decker and T.J. Lang as players that have stood out on the Lions’ “big and physical” front five.

When it comes to the Lions receivers, now that Tate is gone, Kenny Golladay is one the Vikings will need to keep a close eye on. “He’s big,” said Zimmer. “Good. Real good player. Goes up and gets the football. Him and Marvin Jones are both excellent players… Big time deep threats.”

It’ll likely be Trae Waynes and rookie cornerback Holton Hill defending the duo. At this point it’s unclear whether or not Xavier Rhodes will be able to play. Rhodes suffered a setback at practice on Friday and is officially listed as questionable. Hill started in place of Rhodes last week and had a standout debut.

The Week 9 matchup between the Minnesota Vikings (4-3-1) and the Detroit Lions (3-4) in Minneapolis is only the Vikings’ second divisional game of the season. With another matchup against the Lions coming later in the season, let’s take a look at how the two teams stack up for showdown numero uno.