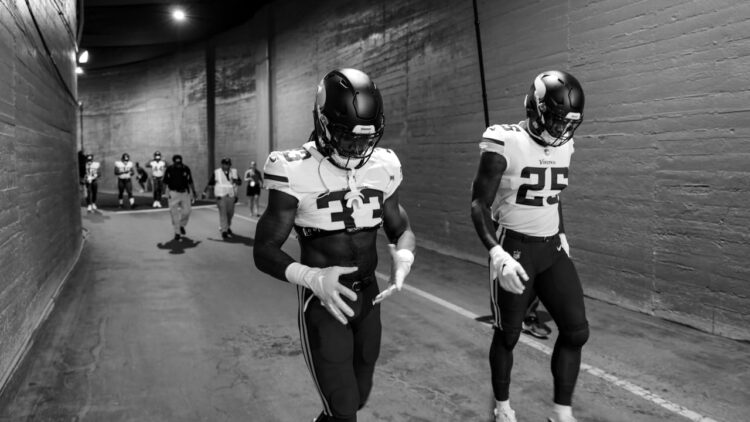 The Minnesota Vikings on Friday released their final injury report prior to Sunday’s game against the Detroit Lions. Three players were ruled out and five starters were listed as questionable. While it originally seemed as though the Vikings could get up to five starters back tomorrow, it now appears as though at least one of the ‘questionable’ players will be inactive.

All three players were unable to practice this week and were ruled out Friday. For the second straight week, linebacker Eric Wilson will fill in for Anthony Barr and Danny Isidora will replace Tom Compton at left guard. Running back Roc Thomas was ruled out with a hamstring injury.

According to Mike Garafolo of the NFL Network, cornerback Xavier Rhodes suffered a setback to his ankle injury on Friday during practice. He practiced in a limited fashion all week. Last week he was ruled as questionable before ultimately being unable to go. This week he’s also listed as questionable. It’s looking like a game-time decision for Rhodes.

From @gmfb: Vikings CB Xavier Rhodes tweaked his ankle yesterday, so his status for tomorrow vs. the #Lions is truly questionable. pic.twitter.com/57WTCpQpGp

Running back Dalvin Cook is apparently prepared to play on a pitch count. It was previously reported that Cook would be held out until after the bye week, but after being limited in practice all week he must feel confident enough in his hamstring to at least give it a try Sunday. He’ll test out the leg in pregame warm-ups to verify it’s at or near 100%. Cook posted on Instagram a picture of himself in uniform, a clear sign that he’s at least mentally ready to play. Cook hasn’t played since Week 4 at Los Angeles.

Wide receiver Stefon Diggs is… questionable. He said he’s going to play but as Andrew Krammer of the Star Tribune pointed out, only once in the Mike Zimmer era has a player been held out of a three-practice week and then played. That player was Kyle Rudolph last year against Cincinnati. In what could be a sign related to this decision, the Vikings elevated practice squad receiver Chad Beebe to the active roster today.

Riley Reiff looks to be on track to make his first start since Week 5. He was a limited participant in practice all week. If he’s unable to go, Rashod Hill would again make the start at left tackle with Brian O’Neill starting on the right side. Multiple beat reporters have hinted towards the Vikings starting O’Neill at right tackle even Reiff returns to action, with Hill moving to a swing tackle role.

Safety Andrew Sendejo practiced this week for the first time since Week 5. He was limited on Wednesday and Thursday but was a full participant on Friday. He looks like a solid bet to start. George Iloka has been starting in place of the 31 year-old.

Despite being limited in practice all week, defensive tackle Linval Joseph is not listed on the injury report. He played last week against the Saints after missing the previous week’s game due to ankle and knee issues.

The Vikings have a bye next week which will allow the injured players an extra week of rest before the team travels to Chicago to take on the Bears in Week 11. Depending on what plays out tomorrow, the Vikings could potentially return from the bye week without any players listed on the injury report.