Report: Chad Beebe to be Elevated to 53-Man Roster 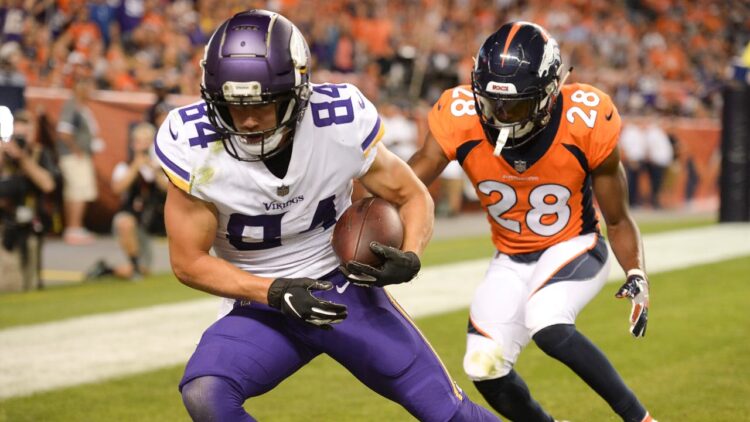 According to Courtney Cronin of ESPN, Minnesota Vikings wide receiver Chad Beebe will be elevated to the team’s 53-man roster before Sunday’s game against the Detroit Lions. On Saturday multiple sources confirmed the move would take place.

With Stefon Diggs' status for Sunday's game in question, the Vikings are elevating WR Chad Beebe off the practice squad and onto the 53-man roster today.https://t.co/Z3Soc6udRi

Beebe (5-10, 183) is a rookie wide receiver who played college football at Northern Illinois. He played in 44 games for the Huskies and excelled on special teams as a punt returner. He also led the team in yards per reception (14.9) as a senior.

Beebe, 24, was acquired by the Vikings as an undrafted free agent this offseason. He took part in the team’s rookie minicamp in May. He’s the son of former NFL wideout Don Beebe, who appeared in six Super Bowls and later coached Chad during his high school days at Aurora Christian School in Illinois. Chad still holds the Aurora Christian HS records for most career receptions and receiving yards.

The move to activate Beebe means that Stefon Diggs, who did not practice this week, will likely sit out the Week 9 contest. If Diggs is out, the Vikings will have the following depth at wide receiver against the Lions:

The Vikings announced offensive lineman Storm Norton has been waived to make room for Beebe on the active roster.

The #Vikings have elevated WR Chad Beebe to the active roster and waived T Storm Norton.

Here’s an interview Beebe gave to VT in August from Vikings Training Camp in Eagan.