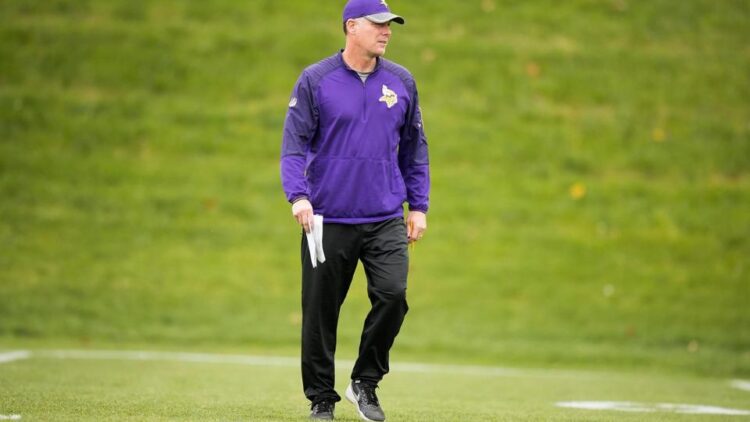 During his annual season-ending press conference, head coach Mike Zimmer would not reveal Shurmur’s future with the team, but did praise his work under such unfortunate circumstances.

[quote_box_center]”I do think that Pat did a very, very good job, especially under the circumstances that he was put in. I think, offensively, we improved a lot in the passing game. You can look at the statistics from when he started going and things that we’ve done after that. I think he had a great relationship with Sam [Bradford]. I think the offensive players respect him and we’ll just figure all those things out.”[/quote_box_center]

Shurmur was hired as the Vikings’ tight ends coach last January, though speculation stirred he’d assume more than just a positional role with the team. When Sam Bradford arrived in Minnesota, the murmurs grew louder, as Shurmur had coached Bradford previously in St. Louis and Philadelphia.

Bradford attributed much of his early success in Minnesota to the presence of Shurmur, whose fingerprints were apparent in certain areas of the Vikings offense. Following a 10-point outing at Soldier Field on Halloween night, Turner stepped down, paving the way for Shurmur to mold the offense as he saw fit.

Scoring-wise, the offense averaged 19 points per game without Shurmur and nearly 21 with him on the headset; not a major difference, but the Vikings did finish the year with a season-high 38 points in Week 17. Bradford also saw jumps in his statistics, going from 219 passing yards per game under Turner to 254 yards per game in the season’s final nine matchups.

Minnesota struggled to run the football all season, putting more pressure on Bradford as the year wore on; in his first six games, Bradford threw 33 passes per game, and under Shurmur, he threw 38 passes per game. The Vikings finished the season with the league’s worst rushing attack, averaging just 75 yards per game and hitting the century mark twice all year.

Injuries to the offensive line, the loss of Adrian Peterson, and Jerick McKinnon’s slow development contributed, but the issues likely won’t be so dramatic in 2017. With a healthy crop of linemen, additions in the offseason, and an extended period of preparation for Shurmur, the offense should find more balance next season.

The backbone of the system — quick-hitting passes, wide receiver screens, no-huddle packages — is in place, giving hope the offense as a whole will improve under the guidance of Shurmur and with a few key additions along the offensive line.