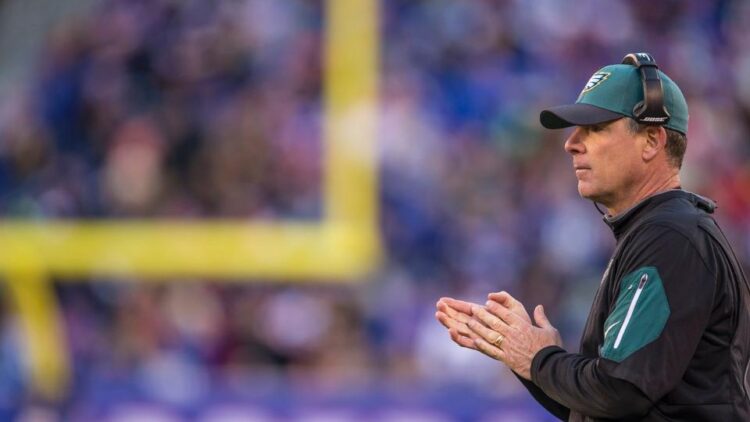 An NFL coaching staff is a lot like a dinner table. Mike Zimmer’s at the head seat for the Minnesota Vikings, surrounded by a number of coaches who used to sit in his very position.

There’s offensive coordinator Norv Turner, former head coach of the San Diego Chargers. Next to him is offensive line coach Tony Sparano, who once buried a football as interim head coach of the Oakland Raiders. And now, former Cleveland Browns head coach Pat Shurmur’s pulled a chair up to the table. As announced on the team’s official website Monday, Shurmur was named the Vikings’ tight ends coach.

With Shurmur joining the staff to coach Kyle Rudolph and Co., former tight ends coach Kevin Stefanski will replace Kirby Wilson as the team’s running backs coach. The Vikings originally interviewed Shurmur on Friday and spent the weekend keeping their decision under wraps. ESPN’s Ben Goessling reported Saturday that the team had hired Shurmur, but hadn’t released details of his position on Zimmer’s staff.

Speculation stirred as fans waited for the official announcement. After a season that saw Norv Turner’s offense finish as a bottom-five passing unit, many wondered whether Shurmur was hired as a surprise replacement at offensive coordinator. With three former head coaches on the staff — Turner, Sparano, and Shurmur — the Vikings could have split offensive power equally. Turner could’ve retained play-calling power, while Sparano and Shurmur may have been in charge of the running and passing schemes, respectively.

That wasn’t the case, and it looks as though Turner will get another shot in Minnesota. His contract expires in 2016, making Shurmur a possible replacement after next season.  At the moment, there isn’t any rush, as Shurmur is an experienced tight ends coach. According to Lindsey Young, he held the same position in Philadelphia from 1999 to 2001 and coached the tight ends, special teams and offensive line for Michigan State from 1990 to 1997.