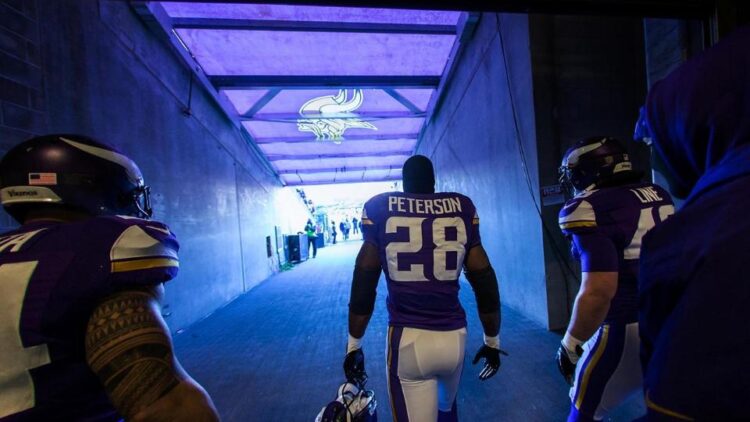 In his first full season under running backs coach Kirby Wilson, Adrian Peterson put together one of his most successful campaigns. Last year, he rushed for 1,485 yards and won the league’s rushing title at 30 years-old. Unfortunately, he’ll be without Wilson on the sidelines in 2016. According to ESPN’s Josina Anderson, Wilson signed a contract with the Cleveland Browns to become their running game coordinator next season.

I’m told Kirby Wilson has officially signed with the #Browns to become their running game coordinator. He is leaving the #Vikings.

Earlier this week, the Vikings blocked the Browns’ request to interview Wilson prior to his contract expiring on Tuesday, per ESPN 1500. While addressing the media last week, Zimmer refused to speculate on Wilson’s future in Minnesota. “Kirby is under contract. Period,” he told reporters. Once Wilson’s contract expired, the Browns were free to negotiate. They offered the 17-year coaching veteran an upgraded title, making it impossible for the Vikings to retain Wilson.

Wilson is a well-respected coach with an impressive history in the league. According to the team’s official website, he’s coached 5 running backs who rank in the top-30 for all-time career rushing yards. Those names include Emmitt Smith, Curtis Martin, Edgirren James, Thomas Jones, and of course, Adrian Peterson. And in 2014, with Peterson out for the majority of the season, Wilson coached Jerick McKinnon and Matt Asiata to 1,100 combined rushing yards.

His success hasn’t come without it’s obstacles. In 2012, Wilson suffered severe lung damage and second- and third-degree burns on nearly 50 percent of his body as the result of a grease fire in his Pittsburgh condominium. He spent 45 days in intensive care before returning as the Pittsburgh Steelers’ running backs coach the following season. Wilson left the Steelers in 2014 and interviewed for the Baltimore Ravens’ offensive coordinator vacancy offseason, but was passed over for Gary Kubiak.

Reflecting on the accident that changed his life, Wilson shared words of optimism with the Star Tribune’s Matt Vensel. “I’ve always enjoyed life. But it was just another validation that you have to enjoy each and every day,” Wilson said. “You’re not here for a long time. You’re here for a good time. So do the right things and good things will happen for you.”

Good things are happening for Wilson, who will be tasked with running Hue Jackson’s running game in Cleveland. His departure leaves the Vikings with their second assistant coaching vacancy of the offseason.