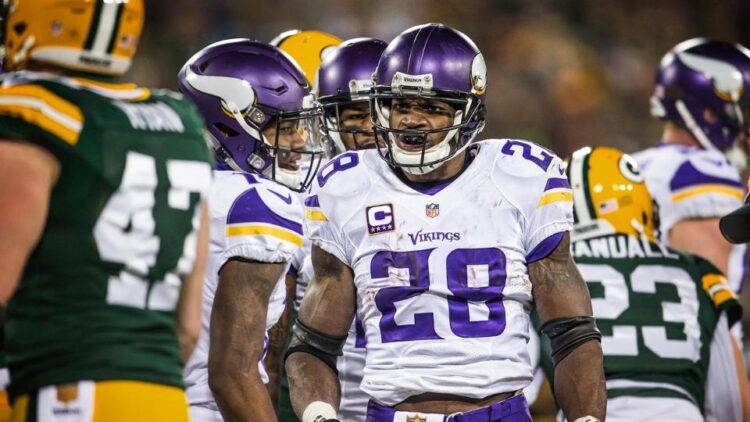 Adrian Peterson’s resurgence at 30 years-old continues, as the Minnesota Vikings running back has been named to the Associated Press All-Pro Team for the fourth time in his nine-year career. For the first time since 2012, Peterson is a unanimous selection, with the 50 voters all placing Peterson on their ballots. His inclusion comes after a season in which Peterson became only the third running back over 30 to win the league’s rushing title.

.@AdrianPeterson has been selected as a unanimous @AP All-Pro choice! pic.twitter.com/a6k6Q2FIqT

This season, Peterson rushed 327 times for 1,485 yards, averaging 4.5 yards per carry and 92.8 yards per game. He scored 11 touchdowns on the ground and surpassed exceptions after missing 15 games in 2014 while serving a league-mandated suspension. In addition to his selection to the AP All-Pro team, Peterson was also selected to his seventh Pro Bowl and spoke to Craig Peters of Vikings.com about the accolades. “It’s always humbling for me to be recognized in different ways,” he said. “I realize how blessed I am and we are as a team and just continue to take it in stride one day at a time.”

Peterson’s performance powered the Vikings to their first NFC North title since 2009 and helped Minnesota finish the season as the league’s fourth-ranked rushing offense. His two previous rushing titles came in 2008 (1,760 yards) and 2012 (2,097 yards), seasons in which the Vikings reached the postseason. In 2015, he eclipsed the century mark seven times and reached 200 yards against the Raiders in Week 10, tying O.J. Simpson’s record of six career 200-yard games.

Like Minnesota’s rise to the top of the NFC North, Peterson’s return from an extended hiatus was rather unexpected. He defied Father Time to become the second-oldest rushing champion in NFL history and had the third-most rushing attempts in his career, an anomaly at this point of his tenure with the Vikings. Most impressive is Peterson’s ability to wear out opposing defenses, especially in the third and fourth quarters of games. According to ESPN Stats and Info, Peterson averaged 5.7 yards per carry in the second half of games, compared to just 3.6 yards per carry in the first half.

The Vikings will need Peterson at his All-Pro best on Sunday, when they host the Seattle Seahawks in the Wild Card round of the NFC playoffs. The last time these two teams met, the Seahawks held Peterson to just 18 rushing yards on eight attempts, which won’t be good enough if the Vikings hope to win their first postseason game since 2009.