Sam Bradford: A Spare Tire for the Long Haul 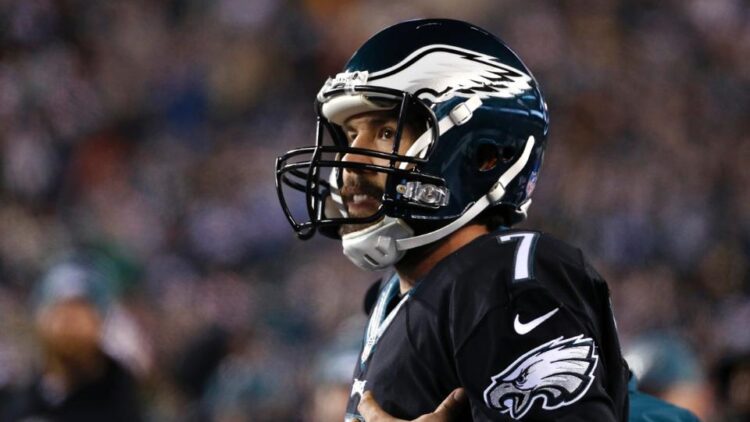 Sam Bradford is a spare tire; not the one in the trunk of your car, but the replacement AAA brings when you’re stuck on the side of the road. He’s not an original part, and he may not be a natural fit, but he’s the best option for the long road ahead.

Minnesota Vikings general manager Rick Spielman found himself in such a predicament last week. He’d lost Teddy Bridgewater for the season — maybe more — and didn’t see Shaun Hill as the long-term replacement moving forward. With little time to reinvigorate the franchise, he placed a bet that potentially changed the course of Minnesota’s 2016 season.

If Bradford’s the tire, then Spielman’s the driver of the car; a car with Houston, Texas plugged into the navigation system.

Super Bowl 51 was a realistic goal for the Vikings when the offseason began. With a fleshed-out roster, a top-five defense, and the NFL’s reigning rushing champion, the formula for success was simple. To put the team over the top, Bridgewater needed to grow, both as the leader of the franchise and signal-caller in the huddle.

Three games into the preseason, he showed real signs of improvement. From the first deep pass to Charles Johnson to the touchdown drive against the San Diego Chargers, he looked like the quarterback of the future. But a freak injury two days later derailed all of Minnesota’s plans, leaving Spielman with a flat tire on the side of the road.

Bridgewater’s knee dislocation and torn ACL aren’t normal injuries. Sure, teams prepare ahead by building depth at every position, but rarely do they anticipate an injury that threatens an entire season or two. The question, then, becomes: How did Spielman, with his knack for trades and drafting, prepare his team for the long-term loss of Bridgewater?

In simple terms, he didn’t. The Vikings flirted with the idea of Nick Foles in late July, but didn’t land the former Eagles starter, who signed with the Kansas City Chiefs this offseason. Taylor Heinicke, a favorite in the locker room to back up Bridgewater, kicked his way out of the job before training camp even began. So, the Vikings rolled into Mankato with Shaun Hill, the 36-year-old quarterback with a 16-18 career record.

Before the blockbuster trade, Spielman praised Hill, expressing confidence in his ability to lead the team. “There’s no one in the organization who doesn’t think Shaun can take us where we want to go,” he said, per Mark Craig.

Maybe Hill had it in him, much like Trent Dilfer with the Ravens in 2000 or Peyton Manning with the Broncos last season. But with a new stadium, a core of young talent, and championship aspirations, Spielman couldn’t move forward with the rickety spare in his trunk. To make the journey to Houston, he’d need a tire with the tread for every bump in the road; albeit, one with a few patches and repairs over the years.

Enter Sam Bradford, a quarterback who’s been injured and traded more times than you can count. In 2013, he tore his left ACL and missed nine games, then tore the same ACL the following year and missed the entire season. He’s dealt with concussions, ankle sprains, and shoulder sprains, all while playing for six offensive coordinators in seven seasons.

The veteran is hardly a model of consistency, but he was a last-gasp, desperation option for the Vikings. Without a viable backup or a “Plan B,” Spielman had nowhere to turn. He admitted as much to his staff following Bridgewater’s injury, per Sports Ilustrated’s Peter King:

[quote_box_center]”Besides all their jaws dropping to the floor and being sick to your stomach, absolutely sick to your stomach … we had a job to do. I said to them: ‘This is what we’re getting paid to do, finding the best solution out of the worst-case scenario. And that’s what we’re going to do here.’ I got up on the white board, and we sorted out the scenarios—guys on the street we might want, guys who might get cut, guys on teams that might have enough depth that they’d consider dealing [a quarterback]. Names and options. Then we all got to work watching tape, and I started making calls. To be honest, there was no solution. No good solution.” [/quote_box_center]

Bradford will never replace Bridgewater in Minnesota. He’s the expensive spare tire the team didn’t need, but required out of necessity. He’s a better option than Mike Vick or Mark Sanchez, even with his exorbitant price tag; were either Vick or Sanchez, with their recent years of inconsistency and uncertainty, going to do any better than Hill this year? My guess is “no,” but that’s another argument for another afternoon.

According to Pro Football Focus, Bradford finished as the NFL’s 12th-best quarterback last season, one spot ahead of Bridgewater. He was also one of the league’s better deep passers, per Cian Fahey, who found that Bradford was accurate on 25 of 48 passes that traveled more than 20 yards past the line of scrimmage. In Norv Turner’s Air Coryell system, which asks quarterbacks to push the ball downfield, Bradford should have no problem challenging defenses. And with tight ends coach Pat Shurmur, Bradford has a familiar face to rely on; one who vouched to bring the veteran quarterback to Minnesota.

Still, there are questions that haunt Bradford, and will haunt him as he prepares for his first game with the Vikings. Behind a questionable, if-improved offensive line, can Bradford stay healthy? Will he make the most of a top-five rushing attack and a group of promising young receivers? Why haven’t Bradford’s on-field statistics matched his game film, which suggests there’s an above-average quarterback beneath that fragile frame?

Whether it’s Week 1, Week 2, or later, we won’t know those answers until No. 8 steps onto the field for the Vikings. If he succeeds and helps Minnesota reach the playoffs, the questions are irrelevant until Bridgewater returns. If not, if Bradford is hurt or fails to produce, this gamble was for naught and Hill is back under center.

Some fans aren’t happy, and understandably so; Spielman gave away a first round draft pick, an asset that’s helped build this very roster. Minnesota’s best players are first round selections, from Anthony Barr to Harrison Smith and Xavier Rhodes. They form the core that’s so often talked about with the Vikings, and giving up such a commodity goes against Spielman’s general line of thinking.

And so, here we are, watching as Spielman scrambles to replace the wheel that’s fallen off his championship car. A week ago, many expected to sputter down the road with Hill. Today, with Bradford, there’s a small hope the Vikings reach their final destination of Houston, Texas.